Journalist and Edward Snowden associate Glenn Greenwald has told a major annual gathering of computer activists in Hamburg to continue fighting for online privacy, saying he did not expect meaningful political reforms. 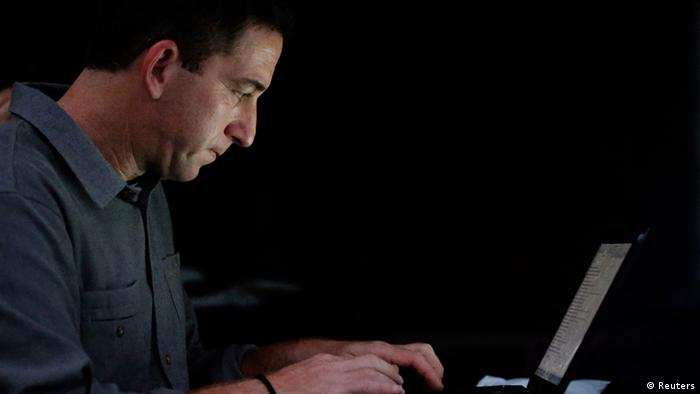 Greenwald, one of the people with access to some of Snowden's leaked documents, appealed to other governments "who have been the biggest beneficiaries of his revelations" to offer him asylum.

"It has really been startling to watch governments, including some of the largest in Europe, and their leaders go out in public and express intense indignation over the fact that the privacy of their citizens is being systematically breached - and genuine indignation when they learn that their privacy has also been targeted," Greenwald said, eliciting laughter for the apparent allusion to news that German Chancellor Angela Merkel's mobile phone was among those montiored.

Greenwald, who spoke to the conference via video link-up from Brazil, said this indignation was not displayed when it came to Snowden himself, who is currently in Russia after being granted temporary asylum. He said a major country, even a US ally, should offer amnesty to the whistleblower.

"I realize that for any country like Germany, or France, or Brazil, or any other country around the world to defy the dictates of the United States, that there's a cost to doing that. But there was an even greater cost to Edward Snowden to come forward and do what he did in defense of your rights, and yet he did it anyway," Greenwald, who had also called on Germany to offer Snowden asylum in October, said.

Previous speakers on the opening day of the four-day "30C3" summit had stuck similar tones about online security; responding to and combating government surveillance with new software innovations is a recurring theme at the congress.

"We woke up out of a nightmare to find a reality that was even worse," opening speaker Tim Pritlove told the participants. "We need to reinvent the Internet. We need to imagine the Internet anew. Now, have fun and go save the world!"

Greenwald began his video-link address with anecdotes about the difficulty he faced becoming literate in encryption software designed to prevent online snooping; a step he said he had to master for his work with Snowden. Greenwald told the computer enthusiasts that he believed it was private initiatives like this - not political reform - that would help secure people's privacy in the future.

"Ultimately, the battle over Internet freedom – the question of whether or not the Internet will really be this tool of liberation and democratization, or whether it will become the worst tool of human oppression in all of human history - will be fought out, I think, primarily on the technological battlefield," Greenwald said. "The NSA and the US government know that: That's why [NSA Director] Keith Alexander gets dressed up in his little costumes - his Dad jeans and edgy black shirt - and goes to hacker conferences."

The CCC's Frank Rieger said that the 2013 NSA scandal, or "Snowden factor," had helped raise awareness ahead of the summit: "The topics under dicussion here are becoming ever more important for society."

The Chaos Computer Club was founded in 1981 by a group of enthusiasts, perhaps most notably Wau Holland. It secured a string of 1980s headlines, hacking organizations including NASA and Russia's then-KGB and also revealing insecurities in one of the earliest online money transfer systems by famously transferring 135,000 Deutschmarks from a Hamburg bank to its own account, before later returning the money.