A US jury found British socialite Ghislaine Maxwell guilty of recruiting and grooming young girls for Jeffrey Epstein to sexually abuse. She was convicted on five of six counts.

Ghislaine Maxwell on Wednesday was convicted of crimes related to recruiting and grooming young girls to be abused by late financier Jeffrey Epstein.

The jury's foreperson read out a guilty verdict on five of the six federal counts she faced, including sex trafficking and other crimes, in the federal court in Manhattan.

The New York jury came to the conclusion after deliberating for five days.

As the verdict was read, she showed no display of emotion. Instead, she pulled down her black face mask and poured herself a glass of water.

Maxwell could potentially spend the rest of her life behind bars, with a maximum possible sentence of 65 years.

US District Judge Alison Nathan had instructed the 12 jurors to retire to deliberate their verdict, issuing lengthy instructions for them to reach unanimous decisions on each count.

After the verdict was read, the defense team asked Nathan to ensure that Maxwell received her booster vaccine against COVID-19. She said she would look into it.

What was Maxwell found guilty of?

What has been the reaction to the verdict?

Virginia Giuffre, one of Maxwell and Epstein's most prominent accusers although not one in this case, welcomed the verdict in a statement posted on Twitter.

"My soul yearned for justice for years and today the jury gave me just that. I will remember this day always. Having lived with the horrors of Maxwell’s abuse, my heart goes out to the many other girls and young women who suffered at her hands and whose lives she destroyed," Giuffre's post read.

Giuffre accused Epstein of arranging sexual encounters with wealthy associates, among them Britain's Prince Andrew. He has publicly denied the allegations and is trying to have a civil case against him thrown out.

"The road to justice has been far too long," US Attorney Damian Williams said in a statement shortly after the verdict.

"But today, justice has been done. I want to commend the bravery of the girls — now grown women — who stepped out of the shadows and into the courtroom," Williams said in a filmed statement that was posted on Twitter.

Robert Glassman, a lawyer who represented one of the accusers, said justice had been served. "The strong women survivors of Ghislaine Maxwell and Jeffrey Epstein's abuse can all sleep better tonight knowing that the justice system got it right."

Maxwell's legal team, however, indicated that it was already working on an appeal.

"We firmly believe in Ghislaine's innocence. Obviously we are very disappointed with the verdict," said lawyer Bobbi Sternheim outside court. "We have already started working on the appeal and we are confident that she will be vindicated," Sternheim added.

"There was actually not much hope that, after the suicide of Jeffrey Epstein, the victims see a day of justice. But here it was, 40 hours of deliberation for the jury, 16 questions were asked to clarify evidence, and there you have it, the verdict," Simons said.

What were the arguments?

Defense lawyer Laura Menninger had contended that the women's memories of abuse by Epstein and Maxwell were flawed, and had been manipulated decades later by lawyers seeking payouts.

She also claimed US government investigators were seeking a scapegoat after Epstein died in a federal jail in 2019 as he awaited his own sex trial for sex trafficking.

Maxwell declined the opportunity to testify, saying she believed she had no need to testify as the prosecution had not adequately proved its case.

Meanwhile, Assistant US Attorney Maurene Comey had described a defense claim that Maxwell was not aware of the abuse that occurred for more than a decade as a "laughable argument."

In her closing argument, Prosecutor Alison Moe said that Maxwell was Epstein's "partner in crime." 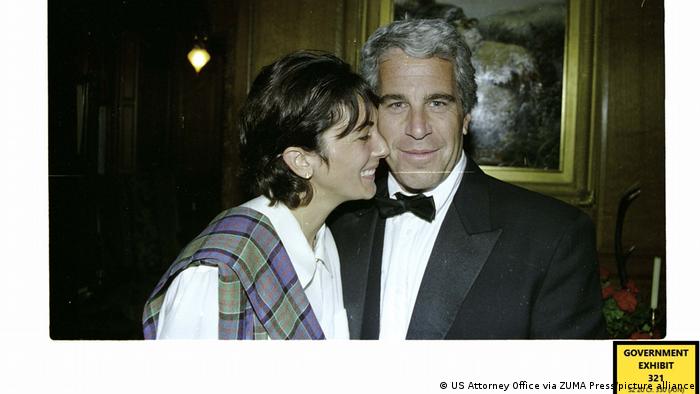 The prosecution hinged on the accusations of four women who say Maxwell and Epstein sexually exploited them as teenagers in the 1990s and early 2000s.

Three of them testified under the pseudonyms Jane, Kate and Carolyn. One, Annie Farmer, gave her evidence publicly.

Maxwell was arrested in July 2020, nearly a year after Epstein's death. She had withdrawn from public activities and her whereabouts had become a subject of speculation.

Maxwell is the 60-year-old daughter of former media proprietor Robert Maxwell, who died when falling off his yacht in 1991.

A date for sentencing has yet to be set.