The socialite is accused of helping her former partner, late financier Jeffrey Epstein, groom and abuse underage girls over a 10-year period. 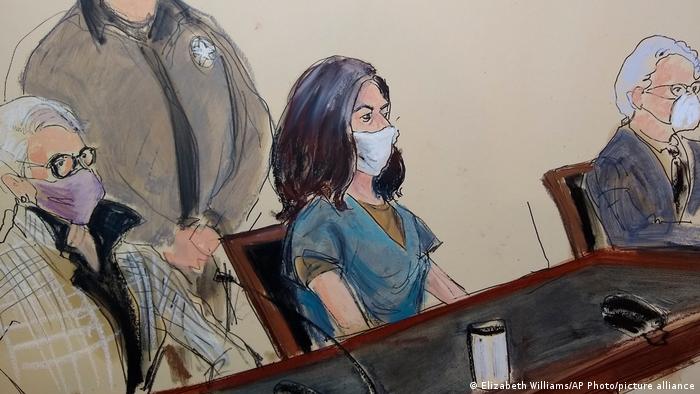 It was the first time the 59-year-old had faced a judge in person since her arrest at her New Hampshire home last July.

She has been charged with six counts, including sex trafficking conspiracy and sex trafficking of a minor. The offenses were listed in a new indictment unveiled last month. Maxwell is also facing two separate counts of perjury.

What are the alleged crimes?

Prosecutors had previously charged Maxwell with grooming and recruiting three girls, including a 14-year- old, for Epstein to abuse between 1994 to 1997.

Last month's superseding indictment added a new victim and stretched the timespan of the charges from three years to a decade. It alleged that Maxwell had recruited another 14-year-old girl in the early 2000s to give Epstein nude massages and engage in sex acts with him.

Prosecutors allege Maxwell also sometimes participated in the abuse. She has denied all the charges against her.

Maxwell is being held at a federal lockup in Brooklyn and has been denied bail three times since her arrest last year.

Her trial is scheduled to begin on July 12. But her lawyers say the new charges mean they need more time to prepare their case. Prosecutors have opposed any delay, saying a lengthy postponement could also harm the four alleged victims.

Maxwell faces up to 80 years in prison if she is convicted on all charges.

Maxwell is due to face trial next year after being charged with luring underage girls into Jeffrey Epstein's circle. She has applied for bail but prosecutors have urged the federal court to reject the proposal.