Ghislaine Maxwell had argued that negative press and financier Jeffrey Epstein's death inhibited her chances of a fair trial. The British socialite is accused of grooming teenage girls for Epstein to sexually abuse. 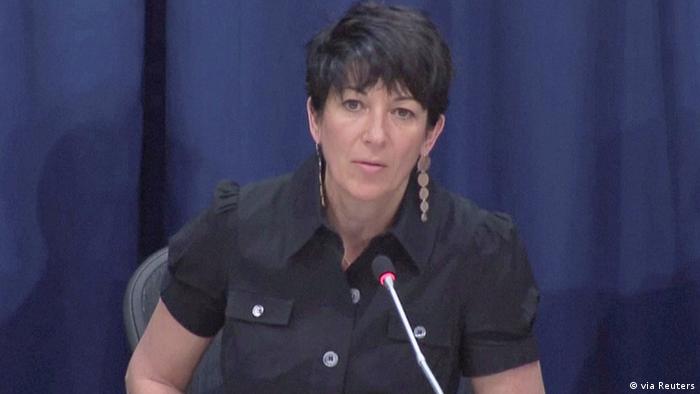 Ghislaine Maxwell speaks at a news conference in New York

A judge on Friday rejected Ghislaine Maxwell's bid to dismiss the original indictment against her, which accused the British socialite of recruiting three teenage girls for US financier Jeffrey Epstein to sexually abuse.

US District Judge Alison Nathan rejected Maxwell's claims that a non-prosecution agreement that Epstein  — her ex-boyfriend — reached with federal prosecutors over 12 years ago protects Maxwell from prosecution.

Maxwell also argued that she could not get a fair trial because of a slew of negative media publicity, and believed she was being scapegoated because Epstein was no longer alive.

What was the judge's ruling?

"The court will not dismiss the indictment on Maxwell's bare assertion that numerous witnesses are engaged in a perjurious conspiracy against her," Nathan wrote in a 34-page decision. "And the court will take all appropriate steps to ensure that the pretrial publicity in this case does not compromise Maxwell's right to a fair and impartial jury."

The judge, however, did agree that Maxwell could be prosecuted separately on perjury charges. Nathan said arguments that the defense will make against new sex trafficking charges will be decided later.

Defense lawyers publicly filed legal briefs on Friday, challenging the new charges on multiple grounds, including that evidence and the indictment was improperly obtained, and charges duplicate crimes already alleged.

Nathan's decision covers the first six of the eight criminal counts that Maxwell faces. Maxwell, 59, is accused of helping Epstein recruit and groom three girls for him to abuse from 1994 to 1997, and lying under oath about her role in testimonies taken in 2016 for a separate civil lawsuit.

The judge also rejected arguments that the charges had to be dismissed "because of the possibility of missing witnesses, failing memories, or lost records.''

No justification to dismiss charges

"These are difficulties that arise in any case where there is extended delay in bringing a prosecution, and they do not justify dismissing an indictment,'' she said.

Last month, prosecutors brought another indictment to add sex trafficking charges and extend the alleged conspiracy between Maxwell and Epstein to a decade in length rather than three years in the 1990s. Prosecutors also added a fourth teenage victim to the charges.

Epstein killed himself in August 2019 while awaiting trial on sex trafficking charges in a Manhattan federal jail. Maxwell has been jailed in Brooklyn since her arrest last July, and faces up to 80 years in prison if convicted.

She has repeatedly sought to be freed on bail, but Nathan has rejected the requests. The 2nd US Circuit Court of Appeals is scheduled to hear arguments on an appeal of the bail rejections later this month.

She is seeking a 90-day or longer delay in her scheduled July 12 trial, saying that the addition of new sex trafficking charges on March 29 expanded the case and would make going forward as planned, a "miscarriage of justice."