A judge in New York has ordered the release of documents related to Ghislaine Maxwell's dealings with Jeffrey Epstein. The British socialite had filed an emergency motion to stop the move. 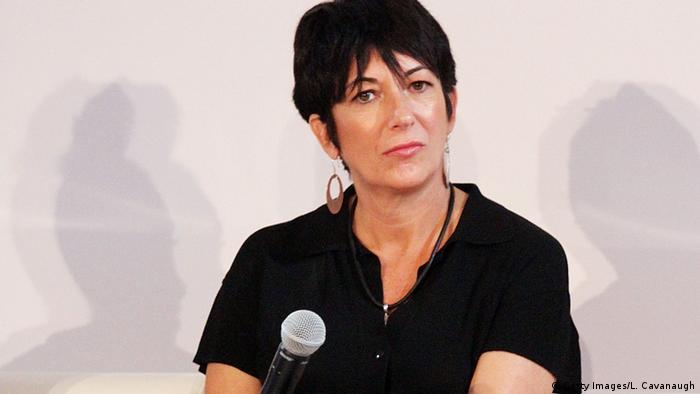 Dozens of documents detailing Ghislaine Maxwell's relations with the late financier Jeffrey Epstein were released on Thursday, despite her legal team's objections.

The more than 80 documents are part of a 2015 civil defamation suit against Maxwell by Virginia Giuffre, who accused Epstein of keeping her as a "sex slave" with help from Maxwell. They include an April 2016 deposition related to Maxwell's sexual relationship with Epstein.

Also included in the documents are flight logs from Epstein's private jets and police reports from Palm Beach, Florida, where Epstein owned a home.

Epstein was found hanged in his cell in August last year while awaiting trial for sex trafficking charges.

US District Judge Loretta Preska in Manhattan had originally ordered the documents released on July 23. On Thursday, Maxwell filed an emergency motion to stop them becoming public. Her lawyers had argued that releasing the documents would make it "difficult if not impossible" for her to receive an impartial jury for her trial.

"Absent a stay from this court, it will forever let the cat out of the bag," her lawyers wrote.

Maxwell, 58, is accused of helping Epstein recruit and abuse underage girls, including one as young as 14, in London and the United States during the 1990s. She is also charged with perjury for lying about her involvement while under oath. If convicted, she could face up to 35 years in prison.

She was arrested in New Hampshire on July 2, and is awaiting trial at a Brooklyn jail. She has been denied bail, with a judge deeming her a flight risk. Maxwell has plead not guilty and her trial is slated to begin in July 2021.