Ghislaine Maxwell could face a life sentence if found guilty of recruiting young girls to be sexually abused by financier Jeffrey Epstein. If the jury cannot reach a verdict by Wednesday, it will reconvene next week. 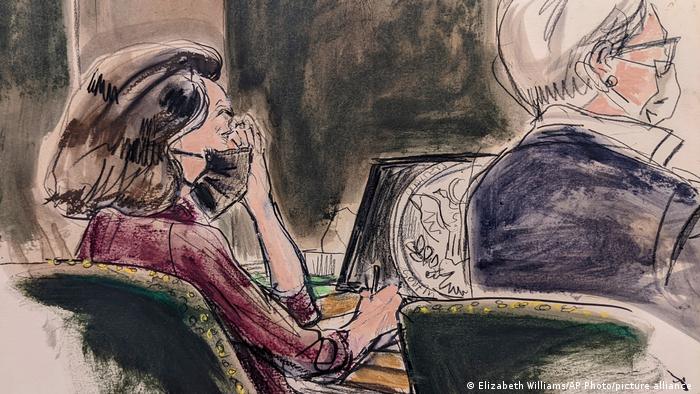 A New York jury has begun considering the fate of Ghislaine Maxwell, the British socialite accused of recruiting and grooming young girls to be abused by late financier Jeffrey Epstein between 1994 and 2004.

Closing statements were made on Monday, by both the prosecution and defense, and the jury was sent out to deliberate just before 5 p.m. local time (2200 GMT/UTC).

The 12 members of the jury deliberated for less than an hour on Monday, but will return on Tuesday at 9 a.m. to continue the process.

Maxwell is the 59-year-old daughter of former media proprietor Robert Maxwell, who died in a fall off his yacht in 1991.

The jury were told by Judge Alison Nathan they must reach unanimous decisions on all the counts Maxwell is facing. If they cannot come to unanimous conclusions, then the judge could declare a mistrial. It is unclear how long the jury will need to reach a decision.

The trial had been expected to last into January, but Maxwell now faces the possibility of learning her fate before her 60th birthday which falls on December 25.

If the jury doesn't reach a verdict by the end of Wednesday's session, it will reconvene on Monday, December 27.

If Maxwell is found guilty of all charges, she faces an effective life sentence.

The three-week trial came to an end with Assistant US Attorney Alison Moe saying Epstein could not have preyed on teenage girls for more than a decade without the help of Maxwell.

The prosecutor said Maxwell was the "lady of the house," while Epstein abused girls at a New York mansion, a Florida estate and a New Mexico ranch.

"She manipulated her victims and groomed them. She caused deep and lasting harm to young girls. It is time to hold her accountable," Moe said. 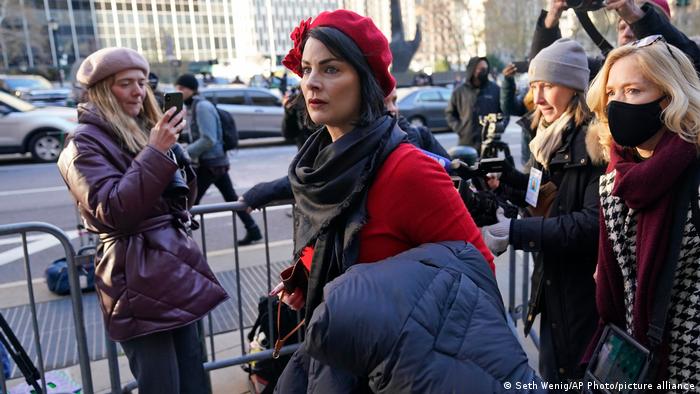 Sarah Ransome, one of the alleged victims, has said she was 22 when she met Epstein in Manhattan in 2006

Defense lawyer Laura Menninger said prosecutors had failed to prove any charges beyond a reasonable doubt, which was also the reason cited by Maxwell for not testifying.

"Ghislaine Maxwell is an innocent woman, wrongfully accused of crimes she did not commit," Menninger said.

In summing up, Menninger reiterated that Maxwell was made a scapegoat after Epstein killed himself in a Manhattan jail cell in August 2019 while awaiting a sex trafficking trial.

During the trial, Maxwell's defense also sought to portray her four accusers as not credible and motivated by the prospect of a payout from a compensation fund for Epstein's victims.

Maxwell was denied bail after being arrested in July last year, and has spent the entire time since behind bars.

A judge in New York has ordered the release of documents related to Ghislaine Maxwell's dealings with Jeffrey Epstein. The British socialite had filed an emergency motion to stop the move.

Ghislaine Maxwell's lawyers claimed that Bill Cosby's freedom justified dropping sex trafficking charges against her as they were both covered by nonprosecution deals.