Many elderly women in northern Ghana have fled their homes to live in so-called witch camps. They have been accused of witchcraft and fear being killed. As Maxwell Suuk reports from Tamale, attacks are increasing. 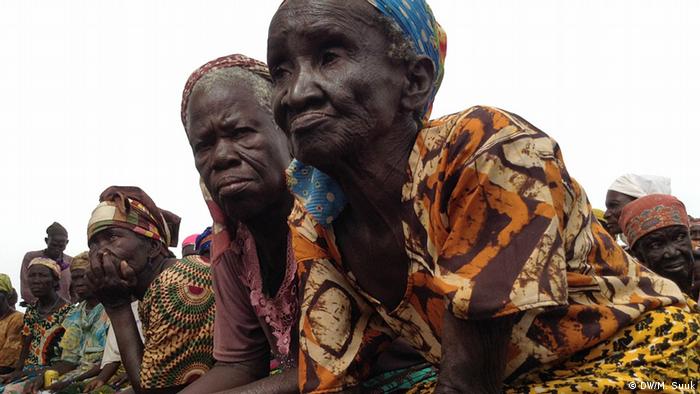 "How can someone like me be sitting in her house and you come to tell me I have spiritual powers?" laments sixty-year-old Hajia Barichisu. She is one of the many women accused of practicing witchcraft in Poloyafong district in the city of Tamale in northern Ghana. She was targeted by those fighting against the practice. They wanted her to confess but her children refused to bring her out. Gunfire then erupted. "I don't know anything. I only recite my Quran every day. It is only God that will judge us all," Barichisu said.

For the past three months, assaults on people accused of witchcraft have increased. Many of them have been physically harmed. This has forced some to seek refugee at a local chief's residence while others fled to the so-called witch camps where they felt safe.

Local resident Mohammed Abankwa told DW that accusations of witchcraft had become rampant. Beatings and threats of being lynched had also increased. "It is a sad thing," he said. 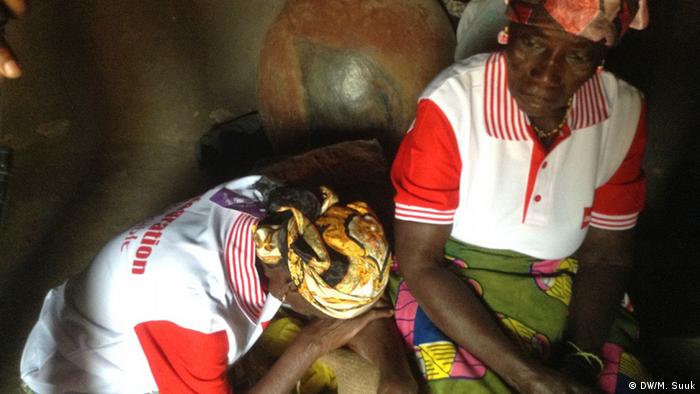 Many of the accused women have sought refuge in witch camps

In most African countries, it is common for people to take the law into their own hands, especially against those seen as deviating from social norms. Human rights organizations in Ghana have called for everybody to be treated with dignity, but their calls have gone largely unheard.

A conference was recently held in Tamale to solicit the support of local chiefs in eliminating dangerous superstitions. One of the participants, Professor Michelo Hansungule of the faculty of law at the University of Pretoria, South Africa, believes that it is high time such beliefs are thrown away. "Under the modern state we have now introduced laws to formalize the process of modifying our culture and traditions by identifying those negative aspects of our cultures and civilizations. The positive ones we keep, the negative ones, we throw them away in order to identify with modern times," he said.

Due to the increased violence, high-ranking chiefs in northern Ghana have drawn up a legal document to protect those accused of witchcraft. Humphrey Kuupire from the Northern Regional House of Chiefs called on residents of Tamale to follow established traditional norms of dealing with such accusations. Since the rise of witchcraft-related attacks, the body has frequently been intervening to settle such cases.

An anti-witchcraft coalition has also been formed to facilitate a possible disbandment of witch camps, as well as to ensure the successful reintegration of alleged witches back into their various communities. Adam Baani is a leading member of this coalition. He described attacks on the victims as illegal. "It is unconstitutional to destroy the person’s properties, injure him or her and even try to kill the person," he said. 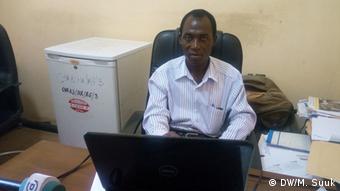 Adam Baani heads the anti-witchcraft coalition, which facilitates the disbandment of witch camps and reintegration of victims

In 2014 the government of Ghana, through the Ministry of Gender, Children and Social Protection and its partners, started a move to close down all witch camps in the country. However, only one out of six camps has been officially closed so far because the reintegration committee is experiencing difficulties in convincing citizens to accept the women back into their communities. This has raised doubts as to whether the authority and its partners will be able to put an end to the problem for good.

When James Kofi Annan escaped from child slavery at the age of 13 he had no idea what awaited him. Luckily for him, his determination and grit helped him get through and seek ways to help others. (26.09.2016)

In communities in northern Ghana, women say they would rather bite their tongues than report domestic abuses to the police. But, as Maxwell Suuk reports, police are starting to take action against such violence. (16.06.2016)