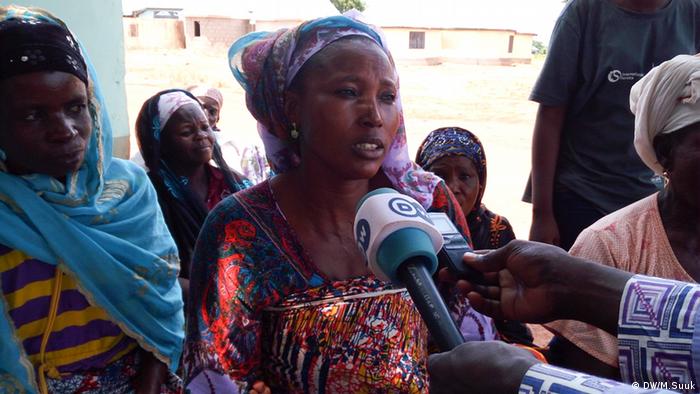 33 year-old mother of two, Alima Musah, showed me her scars from persistent beatings by her husband. When I asked her why she didn't report the matter to the police, she at first remained silent. But a few minutes later she whispered a few words. "It's alien to us, it's not part of our norms."

"If you feel your husband is abusing you, go to your parents but don't let the police arrest him. We don't do that. It breaks up the relationship," Musah added.

"We are suffering…, our husbands beat us and sometimes wound us," said Zakiya Mohammed, who was sitting next to Alima Musah. She described the ordeal suffered by many married women in rural parts of Ghana.

"After he beats you, you cry for some time to let the pain wane and you recover from it. We are afraid because if you report it to the police, your marriage ends automatically," she said.

Alima Musah and Zakiya Mohammed are just two among thousands of married women in rural Ghana who endure violence at the hands of their husbands.

They told me they were brutally raped repeatedly when they refused to have sex with their husbands. Some women say they are subjected to starvation for several days for minor issues, ranging from failing to fetch water from a distant stream to refusing to sweep the yard or cook. 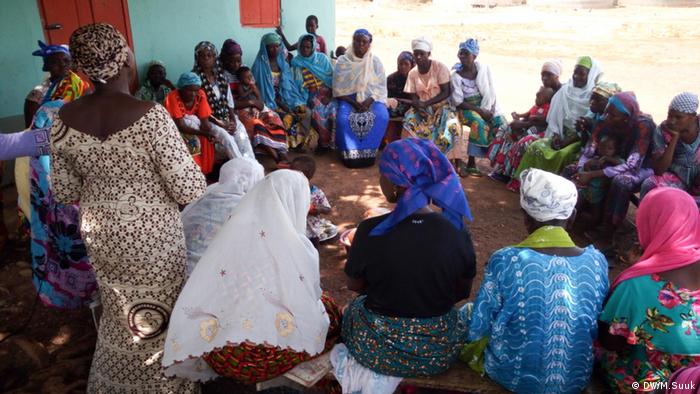 Succumbing to their husbands' brutality is better than reporting the abuse to any local authority, they say. Traditions in most parts of rural Ghana dictate that a woman cannot, under any circumstances, leave the home of her husband. Most families would rather send the woman back to her husband if she comes to them with complaints.

In Bamvim, a small village settlement about twenty minutes drive from Tamale in northern Ghana, a mini van carrying about a dozen people pulls over. Among the passengers are officers from the Domestic Violence and Victims Support Unit of Ghana's police. The group is on tour around Tamale to educate women about their rights and explain to them on how they can protect themselves against violence.

"These women want to protect their marriages, and because of that, their husbands abuse them brutally," one of the unit's investigators, Imoro Yussif, said. "They are beaten mercilessly just because they want to preserve their marriages, they don't report such cases to our office," he added.

Ghana has been ranked very high in numerous surveys of gender-based violence around the world. One reason is that many Ghanaians believe husbands have justifiable reasons for beating their wives.

These women are caught between modern cultures that propagate equal rights for men and women and traditional Ghanaian beliefs based on male dominance. The Ghanaian police say less than 20 percent of women in northern Ghana report abuses in their marital homes. 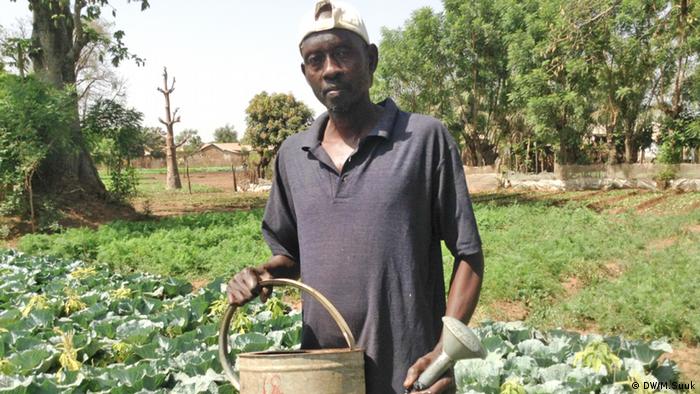 After the meeting between the police and the Bamvim women, I asked some of them whether they would now start reporting cases of domestic violence to the police. "We can't do what you would like us to do," one said. "Should I report him and leave my marriage just because he has been beating me?"

"It is not a good idea," another woman said. "We can't support this call. Our chiefs and elders are there if there is a problem. They should settle it, not the police."

One woman, however, did say her opinion on the issue had changed after the discussion with the police. "The men can report their wives but we, the wives, cannot report our husbands. Is that fair?" Salamatu Abukari said. "I support the call. When a man mistreats his wife and if he is reported and disciplined, he won't do it again."

After the meeting, I met farmer Majeed Zakaria. Zakaria has been living in Bamvim for all his life and knows no other culture or tradition that allows women to take their husbands to the police. He told me he thinks this is unacceptable.

"If my wife takes me to the police, it shows that she is more powerful than me. So I will let her go," Zakaria said.

The German federal state of North Rhine-Westphalia has strengthened its partnership with Ghana. A recently signed new agreement proposes to implement several projects in the areas of health, environment and tourism. (23.05.2016)

Ghana’s former first lady Nana Konadu Agyemang Rawlings has been nominated by her party to vie for the presidency in the upcoming general elections. If elected, she says, fighting corruption will be a top priority. (04.05.2016)

140 million women worldwide have undergone FGM, mostly because practicing communities believe it makes them a 'better wife'. That is why one male anti-FGM activist believes men must get involved in the fight to end FGM. (01.09.2015)

Has dishonesty and laziness played a role in the high rate of youth unemployment? That's this week's #77Percent debate hosted by Maxwell Suuk in Tamale, Northern Ghana. What are your thoughts?

Seven strong African women speak out about their experiences of violence and abuse to mark the Day for the Elimination of Violence against Women.