Fear of sanctions is demotivating the unemployed from getting a job, a new study aims to show. Meanwhile, Germany's political left is mulling a welfare reform to refit the system for 21st century work. 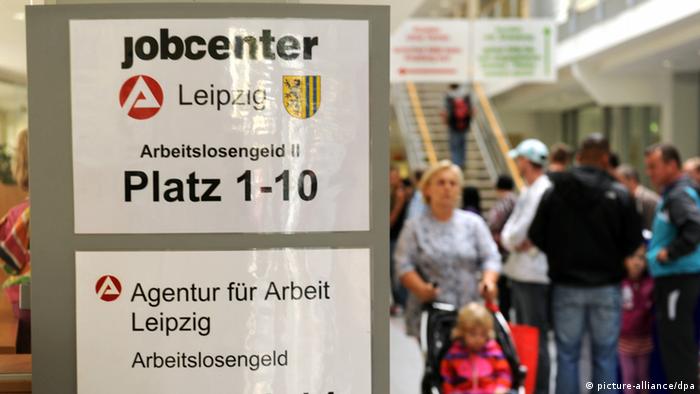 A basic principle of social security in Germany is this: The best incentive to get people into work is to cut their payments if they miss an appointment, or fail to finish a training course, or refuse to sign an "integration agreement" in which they pledge to do all they can to find a job.

But this simply doesn't work, says the Sanktionsfrei ("sanction-free") organization. Not only does the pressure created by the threat of sanctions lead more people to fall out of the system completely, it even demotivates those who aren't even being sanctioned.

To prove its point, the organization launched a study on Thursday to find out what effect sanction-free support has on people. Starting in February 2019 and for the next three years, 250 randomly-chosen recipients of Hartz IV financial assistance — the system of German long-term unemployment benefits or welfare support — will get any sanctions immediately reimbursed by the organization, no questions asked. The scheme is called HartzPlus.

The organization will then record the psychological effects of this newfound security in periodical questionnaires that the participants fill out. A control group of another 250 Hartz IV recipients will get no such safety net, but still out the forms.

Read more: Berlin mayor calls for basic income, or does he? 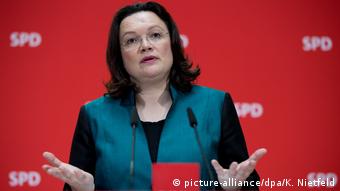 Reforming Hartz 4 is next on the agenda for the SPD

Sanktionsfrei already has an idea what the study will reveal, because for the past ten months the group has guaranteed full sanctions compensation for 25 Hartz IV recipients.

"Hartz IV is based on false assumptions," the organization's leader Helena Steinhaus explained in a press conference in Berlin on Thursday. "Namely that these people are lazy, and that they can only be motivated to change their circumstances through pressure. … We noticed that it makes a striking difference when people have this safety net in the background. So we decided to make a study out of it."

Only five of the 25 people were actually sanctioned in that time, at a total cost to the organization of €2,400 ($2,700), but there was a psychological benefit to all the participants. "All of them said they have a better feeling, that they sleep better, that they're more motivated to find a job, and that they're less scared when they go for appointments at the job center. In other words, sanctions have an effect before they're imposed."

That much was backed up by Rainer Wieland, professor of work psychology at the Schumpeter School of Business and Economics, Wuppertal, who is running the academic side of the study and will digest the data in three year's time.

The Hartz IV system, he said, has a major psychological impact on people: "Uncertainty, unpredictability, and uncontrollability — the feeling, so to speak, of not having one's world under control," he said. "That's one of the strongest stress factors we know. I can quote you any number of studies that make clear uncontrollability and unpredictability has consequences, and one of those consequences is demotivation."

Reforming Hartz IV has become a debate in the floundering Social Democratic Party (SPD), since Chancellor Gerhard Schröder (of the SPD) introduced Hartz IV in 2003 — a decision that has tormented the center-left party ever since. Around 4.2 million Germans now receive Hartz IV (not including their 2 million children and other dependents), and every year 450,000 of those received sanctions amounting to between €41 and €416 — the latter amounting to 100 percent of their income.

Anger over Schröder's "Agenda 2010" reforms split the SPD and indirectly caused the foundation in 2007 of the socialist Left party, one of whose policies today is the abolition of Hartz IV in favor of a sanction-free basic unemployment security of €1,050 a month. Meanwhile, a joint bid to end Hartz IV sanctions between the Left and the Green parties failed in the Bundestag this summer.

Still, SPD leader Andrea Nahles is currently gathering suggestions for a new social security package, and a consensus is building in the party that sanctions should be scrapped. "There's a lot happening!" says Lothar Binding, the SPD's financial policy spokesman in the Bundestag. He wouldn't get rid of sanctions altogether, but he thinks they need to be reduced and used much more sparingly.

Binding argues that sanctioned people should receive better psychological care. "These are often people who simply can't organize themselves properly in their lives," he told DW. "It's not acceptable that the state offers support below the minimum. That has nothing to do with humanity anymore."

The Green party is charting a more radical route. "Hartz IV has caused a lot of problems," Sven Lehmann, the Greens' labor spokesman, told DW. "It's been in force for 15 years, and we know that poverty has grown, the low-wage sector has grown, and the middle classes are scared of falling into that system and then won't be able to decide what they want to do." Removing sanctions, and thus removing fear, can only help the economy, he added. 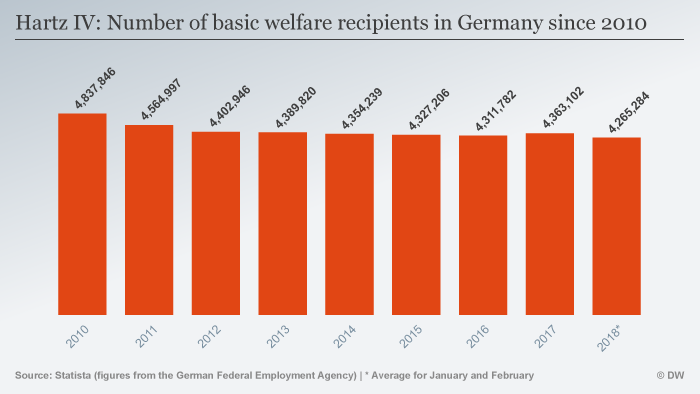 Basic security is of course not the same as a universal basic income — a movement that has been growing in the last few years along with awareness of how work is changing fundamentally in the 21st century.

"There is a colossal shift happening in the whole world, and especially in the world of work," said Michael Bohmeyer, whose organization Mein Grundeinkommen ("My Basic Income") has been running a basic income lottery (winners get €1,000 a month for a year) for the past four years.

"This gigantic transformation that we call digitalization won't mean that work disappears, but the kind of work will change at a speed that has never happened before," he added. "One million people in Germany drive cars for a living — what do we do with those people when self-driving cars drive around cheaper? That's why it's important to separate work and income, because that's the only way we can make ourselves independent of technology."

Italy's economy minister says the new government's first budget will include a basic income for the poor — in line with the ruling parties' campaign pledges. But it's not yet clear how such policies will be financed. (26.09.2018)