Germany′s VW rolls first car off its Rwanda assembly line | News and current affairs from Germany and around the world | DW | 27.06.2018

Gridlock is a challenge for fast-growing urban Africa, where the middle class is acquiring more cars. In Rwanda, the German car maker Volkswagen is trying out an alternative transport system. Cars, buses and motorcycle taxis - the stream pushes forward – bumper to bumper – at a snail's pace.  A typical traffic jam in Rwanda's capital Kigali in the morning and evening rush hours.

In Nyabugogo, where the central bus and taxi terminus is located, the situation is particularly bad. Only one street lane is accessible. Excavation work is being carried out on the other, to widen the inner-city road. Along the roadside, houses lie in ruins and walls – half torn down – have made way for the ever-increasing traffic.

Taxi driver Spiritto Mukiibi is parked at the rank. Traffic congestion is an everyday affair, he says. "You can turn off the engine for even an hour's drive. So it's pretty much a lot of jam," he says. It is terribly inconvenient for clients who want to reach their destinations on time.

In an effort to overcome the problem, the Rwandan government has expanded not only the road network but also the public transport system. Buses are parked alongside Mukiibi's taxi. Some are bound for the suburbs of Kigali, others for provincial cities. The traffic situation has improved considerably as a result, says Mukiibi.

“In a bus sit about 40 people. Then one person sits in a car. So imagine everyone on the road.”

Traffic congestion is routine in Africa's capitals. Most cities were centrally planned during the colonial era, with office blocks in the city center and workers resident in the suburbs. That means everyone pours into the inner city in the morning and out again in the evenings.

The roads are narrow, often with only a single lane and potholes the size of craters. There are few street lights or traffic management systems.

Cities such as Kenya's capital Nairobi, the Nigerian economic metropole of Lagos, or Uganda's capital Kampala are notorious for gridlock, where nothing often moves for hours at a time during peak hours. As a result, pollution in African cities is nearly as high as in the Asian megacities of Mumbai or Beijing.

Kigali is not immune. The government is seeking to prevent a total collapse of the traffic system. The "Smart City 2040" plan developed in 2013 envisages intelligent traffic management systems, underground bus terminals — a sophisticated public transport network. The government has included environment-friendly concepts such as bicycle lanes. A walkway with underground parking is already a feature of the financial district. At the start of the year, authorities introduced a law that makes provision for one car-free Sunday each month. 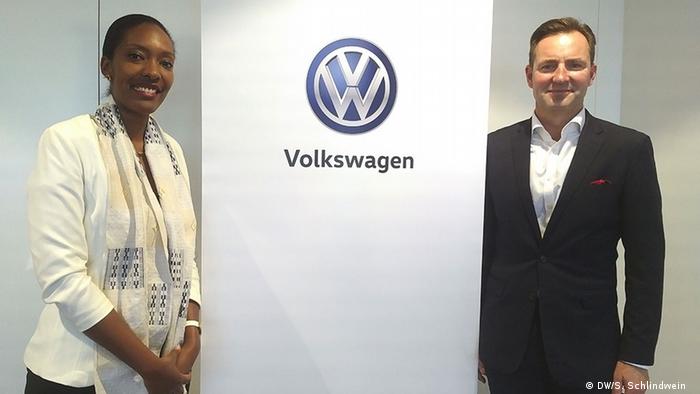 VW is now in four African countries including Rwanda

In recent years, Rwanda has witnessed steady growth. The population of Kigali, the national economy and the middle class and with that, the number of privately-owned cars on the roads has also increased. Around 105,000 cars were registered countrywide in 2011, according to the national statistics bureau. In 2017, the number stood at 187,000.

"All these countries, they import their cars, either from Dubai – second hand – or, mainly from Japan," says economic analyst Teddy Kaberuka. Even used cars are expensive for families in Africa, due to import duties of up to 100 percent. With a car that costs $10,000 (€8,600), the client would pay an equal amount to import it.

"It's crazy," says  Kaberuka, that in theory, locally produced cars would be cheaper. "You then have a lifespan of 20 years, not just five – as with used cars," he says. Financing models such as leasing are also interesting for African clients. In Rwanda, banks charge interest of 18 percent on credit, he says. 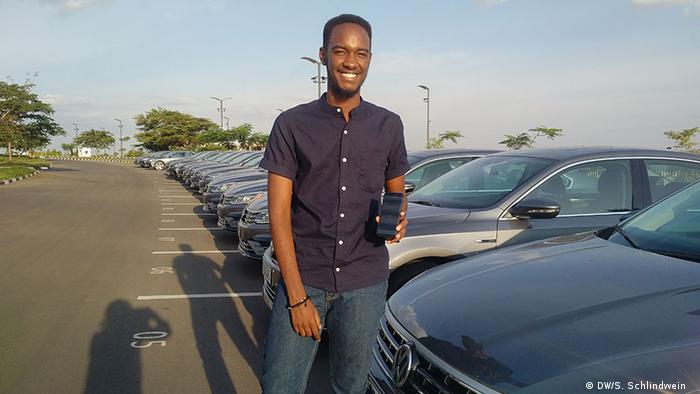 As an IT student, Lionel Mpfizi developed the car-sharing smartphone app to go with VW cars in Rwanda.

Volkswagen – mobility instead of private cars

Volkswagen (VW) opened its first plant in Rwanda on Wednesday. It is theGerman car maker's fourth plant in Africa, after South Africa, Nigeria and Kenya. The goal is that soon Rwanda's motorists will also be driving its Polo, Passat and off-road Teramont  models.  To begin with, the car parts will arrive in Kigali via sea and road for assembly at the new VW plant.

The investment of €16 million is not aimed at the assembly of cars for private clients, says Thomas Schäfer, VW chief in South Africa, responsible for Africa. Instead, the first cars are intended for "community car-sharing."

"Firms, embassies or ministries can register as such and acquire a specific number of cars ready for use,” he says. The next 150 vehicles should be for "ride-tailing" – to be used as taxis linked to smartphone apps.

Read more:Volkswagen in Rwanda: Car-sharing and a future in e-mobility 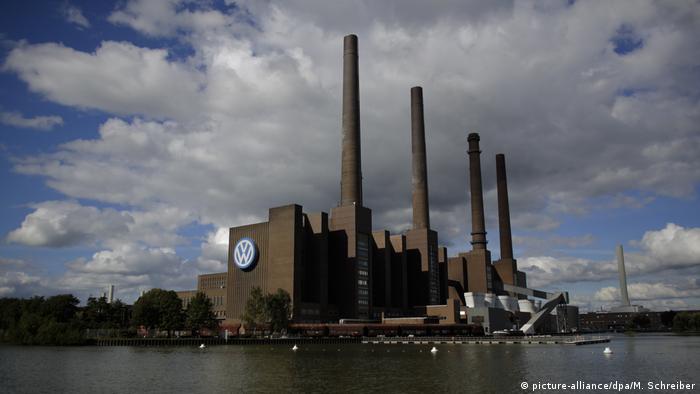 VW has been hit by heavy recent financial losses in the wake of a scandal involving cars rigged to evade diesel testing in the United States.

The beginning of 2019 will see car-sharing for private users, Schäfer says. This year, 500 to 600 vehicles are to be assembled at the VW plant. "Along with that we [will] also assemble cars for private or business clients."

A Rwandan startup, Awesomity, developed the car-sharing app. Lionel Mpfizi — a 21-year-old information technology student — and three friends developed an app for a Nigerian client in 2013.

Over the past year, things moved along fast: "When Volkswagen came to Rwanda, it wanted to work with young IT-startups and invited us" Mpfizi says. "We were dealing with a very huge company. We were a one-year-old startup at the time. It was a long, tough and complicated process, but we got there."

Around 2 million diesel car owners in Germany could soon join class-action lawsuits to seek compensation from Volkswagen, the country's justice minister has said. But they'd have to be quick about it, she added. (09.05.2018)

Transport bosses say work is scheduled to begin in 2024 as modernization of heavily used routes is essential if Germany is to meet its climate targets.