Volkswagen in Rwanda: Car-sharing and a future in e-mobility

German car maker Volkswagen (VW) will be the first international automobile company to invest in Rwanda. The first cars are expected to be ready by May. For the future VW also plans to build electric cars in Rwanda. 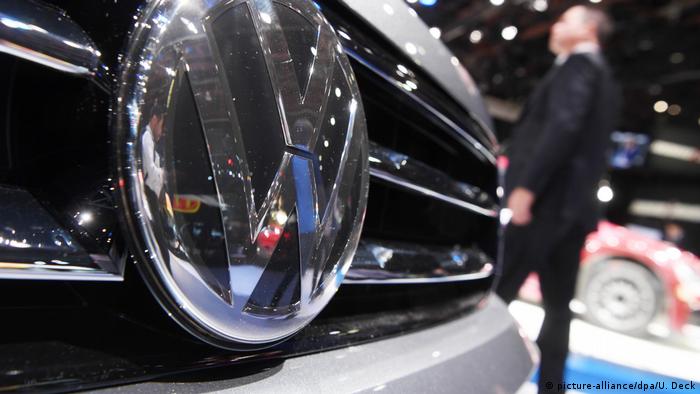 If everything goes according to plan, the first car "made in Rwanda" could be on the streets as early as May, according to the German automobile giant. After South Africa, Nigeria and Kenya, Rwanda is the fourth African country in which VW has invested.

"I think we have come to the right place," said Thomas Schäfer, managing director of VW in South Africa. "The attention, the focus and the will is here to implement this." Moreover, Schäfer said, he was impressed by the support from Rwanda's government right from the signing of the letter of intent in December 2016. He spoke of the government's anti-corruption drive and Rwanda's tech savvy younger population. The invester-friendly climate is one of the reasons why Rwanda is often treated as a "darling of the West," despite its democratic deficits. 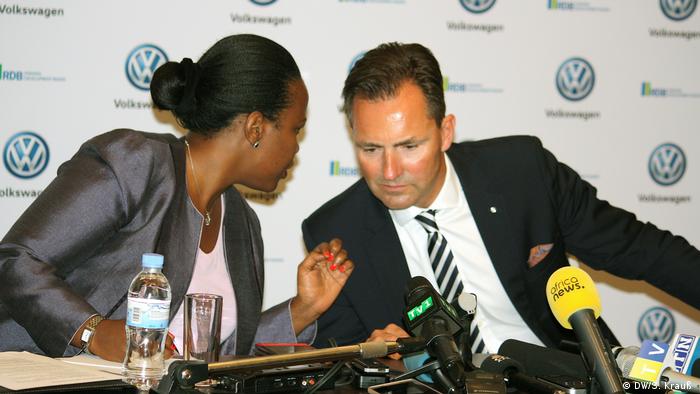 The future is electric

As with the Kenyan plant which was opened in late 2016, VW only plans to assemble the cars in Rwanda. The parts will be imported from a manufacturing plant in South Africa. In the first production phase, which will last approximately one year, VW hopes to assemble 1,000 cars, which will include the Polo, Passat and SUV models.

The automaker plans to create between 500 and 1,000 jobs and it says that it will invest $20 million (€16 million). For Rwanda, this is an important move.

"Volkswagen's investment that they just announced is extremely important for Rwanda," said Clare Akamanzi, CEO of the state-run Rwanda Development Board. "It demonstrates that a global company like VW can find a vital business in Rwanda. One, that they can begin to assemble motor vehicles in Rwanda, which is something that has not been done in Rwanda before. And secondly that it can actually help to solve a transport problem in our country."

Indeed, VW doesn't just plan to sell cars in Rwanda, it also wants to sell mobility. Schäfer knows that only a small section of the population will actually be able to afford new cars. And so he plans to introduce car sharing and renting vehicles in the capital Kigali – all of which will, of course, be organized via an app and smartphone.

If everything runs as planned, Rwanda will also soon witness the introduction of the first electric cars on its roads. "In developing countries like Rwanda, we often skip development steps ," Schäfer said. "We'll start with what we have already announced. But of course we're already looking at the next phase and I think that we this should be easy to implement in a country like Rwanda and a city like Kigali." Rwanda has a good network of roads and, due to its small size, setting up charging stations across the country should not be a problem.

Rwanda seems very open to Schäfer's ideas. The country aims to become a leading example of environmental protection and sustainability on the continent. Electric cars fit well in this plan. 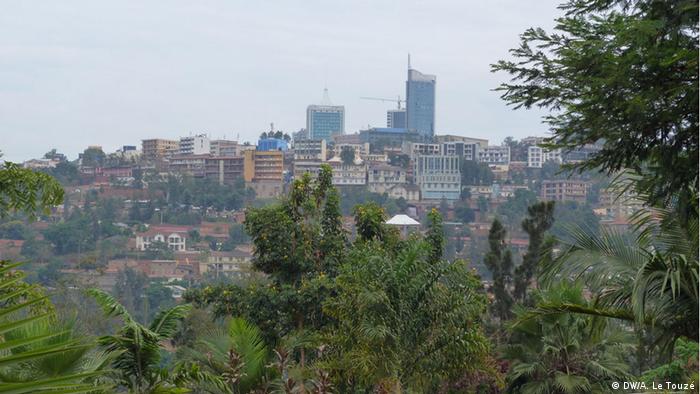 Young, tech savvy and easy to do business with, that's how investors view Rwanda

Cobalt is the key

Electric cars also mark a major change within VW itself. The carmaker plans to invest 34 billion euros in the development of electric cars in the next five years. It hopes to become the leading electric car maker by 2025.

To achieve this, the company needs one major component: cobalt. And the biggest reserves of the rare metal can be found in Rwanda's neighbor, the Democratic Republic of Congo (DRC), which produces 60 percent of the world's cobalt.

In 2016, car makers felt the squeeze after Amnesty International visited mines in DRC and came back with alarming reports.

"The miners are extracting cobalt using very rudimentary hand tools and no protection. The pits they dig are often deeper than the 30 meters (3.2 feet) legally stipulated. They could go to 60 or 70 meters. They have no supports. These people are working in really dangerous conditions where pit collapses and deaths is a common," said Amnesty's Lauren Armistead.

The batteries for electric car require much more cobalt than, for instance, smartphones. For Armistead, this means a leading carmaker like Volkswagen should take responsibility for this. "If they want to become the major player in e-vehicle production, they need to position themselves as a leader in terms of their cobalt sourcing practices," she says. "It is really paramount that the electric vehicle revolution is not built of the backs of children and adults in hazardous conditions in the DRC," she added.

While it might still be a while before electric cars hit the streets of Rwanda, cobalt is already a central component for VW's future plans. Schäfer, however, denies that the company's investment has anything to do with its proximity to the DRC.