The number of failed asylum seekers willing to return to their home countries from Germany has almost halved this year, compared to 2016. This is despite moves by Berlin to raise the incentives for voluntary departures. 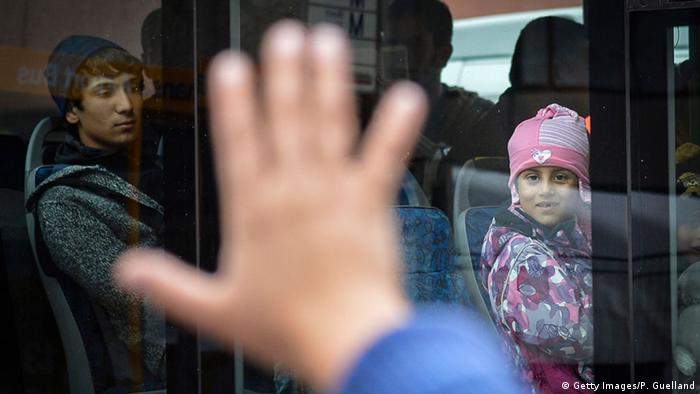 Despite the German government's best efforts to incentivize rejected asylum seekers to return home, figures from the Federal Office for Migration and Refugees (BAMF) revealed on Thursday that the number of voluntary repatriations almost halved in 2017, compared to the year before.

According to German daily Die Welt, fewer than 28,000 failed asylum seekers voluntarily returned to their countries of origin this year, compared to the more than 50,000 who agreed in 2016.

The responsibility to deport rejected migrants currently falls on the individual states, rather than the central government in Berlin.

The slowdown in repatriations and deportations comes despite a major campaign from the German government to crack down on illegal immigration.

This year, Interior Minister Thomas de Maiziere announced the government was raising the financial incentives for rejected asylum seekers and others to return the home countries. Under the new scheme, families can now receive up to €3,000 ($3,526) and individuals up to €1,000 if they voluntarily return home by the end of February.

Just last week, de Maiziere said that the first instances of the scheme had been "positive."

De Maiziere has also called for more detention and return centers for migrants to speed up the deportation process.

According to the Interior Ministry, the deportation figures are no longer rising because an unusual number of rejected asylum seekers left Germany in 2016.

Read more: Germany: Number of new asylum seekers expected to be below 200,000 'benchmark'

Many of those were reportedly Europeans from the Balkan states, who had traveled alongside the thousands Middle Eastern refugees along the Balkan route during the 2015 migrant crisis.

Social Democratic lawmaker Burkhard Lischka said the de Maiziere's calls for more detention centers were a "diversion," adding that the federal government needed to "finally acknowledge its responsibility to standardize deportation practices." Only then would deportations be carried out at an acceptable rate.

However, Armin Schuster of Chancellor Angela Merkel's Christian Democrats said the situation would be less problematic if the government was able to immediately "deport those who cause problems in Germany — for example criminals."

That, she said, would also have more a deterring effect on those entering Germany despite the knowledge that they have little prospect of remaining.