Germany will no longer accept asylum seekers from the western Balkans; entry for other refugees will become easier. After initial opposition, the Bundesrat has passed the government's changes to the country's asylum law. 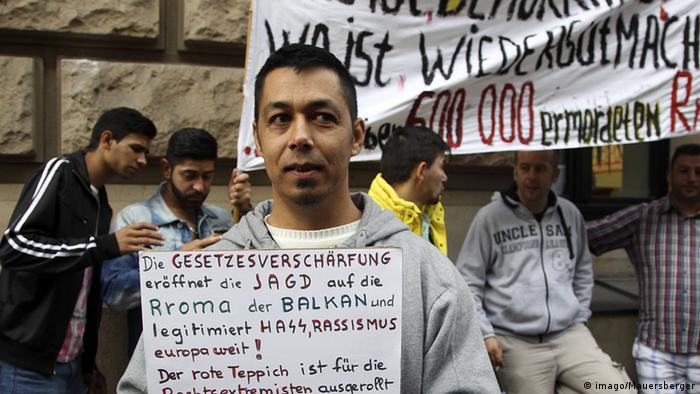 In 2013, more than a sixth of all the applications for asylum in Germany were filed by people from Serbia, Macedonia, and Bosnia-Herzegovina. Many of them belonged to the Roma ethnic group, although there are no exact figures on this. In the first half of 2014, the share of asylum applications from these three western Balkan countries was similarly high.

Almost all the applications were rejected, however, because the applicants were classed as economic refugees, who have no right to political asylum. In their November 2013 coalition contract, the governing parties, the CDU/CSU and SPD agreed to declare these states as "safe countries of origin," since, as they said, people there were not subject to persecution, torture, random acts of violence, or inhumane treatment. With the approved changes to German asylum law, applications from these countries will in future be denied as "unfounded." The applicants will have to leave Germany - in official lingo, they will be "expelled." 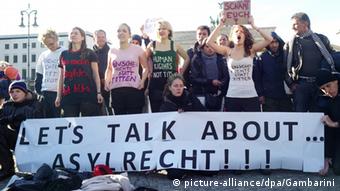 Asylum policy has been heavily discussed in Germany recently

Baden-Württemberg breaks rank in the Bundesrat

The lower house of parliament, the Bundestag, had previously approved the changes to the asylum law. On Friday, September 19, the topic once again came before the upper house, or Bundesrat, which represents the federal states at the national level. An initial hearing regarding the reforms in June ended with a decision only to postpone the matter.

The Green party, which is represented in seven state governments, and which therefore had considerable power to block the changes, was critical of the reforms, saying that homosexuals and people of Roma descent are discriminated against and persecuted in Balkan countries.

Informal negotiations were held with the chancellor's office in the months between the two Bundesrat sessions in the hope of finding a compromise. One was found, and the law passed with a majority due to votes from the Green-governed state of Baden-Württemberg, which broke rank with other Green Party states.

Baden-Württemberg State Premier Winfried Kretschmann said it was a difficult decision to make, but that he saw the government's compromise offer as a "substantial victory" that would improve the situation for both refugees and local authorities. Kretschmann said that residence restrictions would be lifted after the fourth month, at which point refugees would be free to move about within Germany. The ban on employment will be shortened from nine to three months. After 15 months, the priority review at German job centers will be waived, meaning that officials will no longer have to prove that there is no suitable German applicant for a job opening. Workers in occupations where there is a shortage of candidates and academics are exempt from this.

The principle of benefit in kind outside of the initial refugee camps will also be done away with. Refugees will be given money and can decide for themselves what food they wish to buy, for example.

Pressure to take political action on asylum law grew stronger in recent months after it was reported that a record number of asylum seekers was expected for the current year. 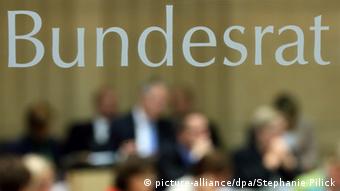 The Bundesrat was mostly in favor of the change

Asylum seekers in Germany are divided among the various federal states. Initially, they are assigned to a central facility, and eventually, to local authorities. Cities and communities are responsible for their accommodation and care. But many communities are increasingly reporting problems in housing and providing for greater numbers of refugees, even though solutions, such as repurposing former army barracks into refugee homes, have been sought. Following its latest meeting, the German Association of Cities and Towns issued a call for assistance, demanding an emergency program from national and state authorities. Capacity must be greatly increased in order to "guarantee humane accommodation," said the association's president, Ulrich Maly. The association also signaled its agreement with the reforms to asylum law ahead of the decision by the Bundesrat. "We have to help those who are really being persecuted; that's why faster deportation to safe countries of origin has to be possible," Chief Manager of the association, Gerd Landsberg, told a local newspaper in Osnabrück.

The German Association of Cities and Towns also called for shorter asylum processes. Refugees have to wait an average of seven months, but frequently a year or more for their applications to be processed – much longer than was intended. According to EU guidelines, processing times should not be longer than six months. The government has even said it would strive to achieve a time period of just three months. The national budget for 2014 earmarked resources for an additional 300 employees in the responsible offices to ease the workload. It's expected that even more staff will be hired next year as well. 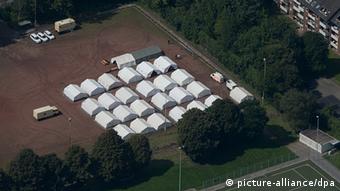 There was a minor scandal when a

Better distribution of refugees in Europe

Following the summer break, Chancellor Angela Merkel reminded parliamentarians to treat the issue of asylum in a careful and responsible manner, especially given the current high numbers of refugees from war-torn countries such as Syria and Iraq. Reforming asylum legislation and promoting shorter processing times would make it possible to "help those who desperately need help," Merkel said.

Recently, German Interior Minister Thomas de Maiziere defended the reform plans, rejecting economic necessity as grounds for asylum. "Germany cannot take in all of the world's hard cases. That seems tough given the suffering in the world, but it is enshrined in our constitution," he said in an interview with the Süddeutsche Zeitung. "We grant immediate asylum to victims of political persecution. But that's only possible if we deny asylum to applicants who are not political refugees." The minister said he will continue to pursue other political means of reducing the number of asylum applicants. Together with France, Poland, Spain, and the UK, he started an initiative for better coordination on asylum policy at the European level. Critics also argue that a small number of countries are taking on the lion's share of refugees.

Italy, for example, has often neglected to completely register refugees with their fingerprints, De Maiziere told the Süddeutsche Zeitung, adding that this would allow migrants to travel to other countries such as Germany, which are already dealing with an over-proportional share of refugees. Stricter border controls, clamping down on smugglers, and faster deportations were other measures called for in a letter sent to the European Commission. EU interior ministers are expected to meet to discuss the matter at the beginning of October.