Turks living in Germany have criticized insults made by a right-wing AfD politician in which he called them "camel drivers" and "fatherland-less riffraff." The Turkish community has threatened legal action. 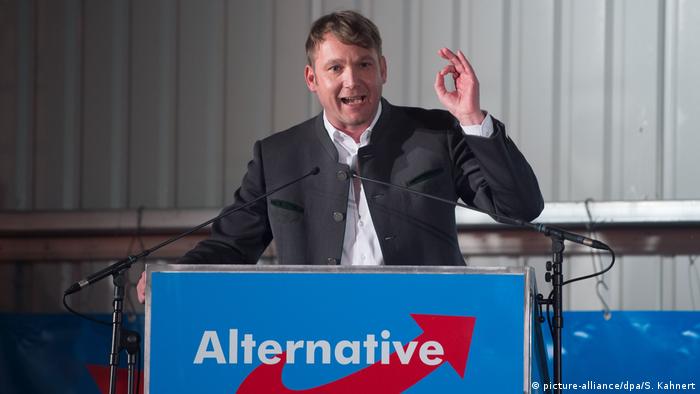 Germany's Turkish community has said it would file a legal complaint against a right-wing politician who insulted Turks as unpatriotic "camel drivers" who should go back to their "mud huts."

The comments were made by the head of the Alternative for Germany (AfD) party in the state of Saxony-Anhalt, Andre Poggenburg, on Ash Wednesday, when German politicians traditionally give fiery speeches.

"These caraway traders have the genocide of 1.5 million Armenians weighing them down ... and they want to tell us something about history and homeland? They're nuts," Poggenburg told party members, referring to the 1915 massacre of Armenians in Ottoman Turkey. "These camel drivers should go off to where they belong: far, far beyond the Bosphorus to their mud huts and multiple wives."

He also criticized dual national German-Turkish citizens, saying that had no "homeland" and were "fatherland-less riffraff."

The comments were in response to the German-Turkish community's opposition to the name of a new Homeland ("Heimat") Ministry, as part of a coalition deal between Chancellor Angela Merkel's conservatives and the Social Democrats. The AfD has supported such a ministry and the nationalistic undertones of the word Heimat. 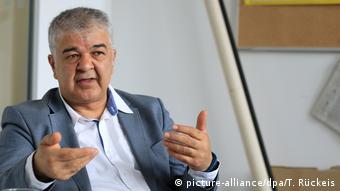 Gökay Sofuoglu, the chair of the Turkish Community in Germany (TGD), which represents some 3 million people of Turkish origin, said Thursday a criminal complaint would be filed against Poggenburg for inciting hatred, with Sofuoglu noting the constitution prohibits incitement, defamation and discrimination.

Prosecutors in Dresden have launched a preliminary investigation.

German President Frank-Walter Steinmeier has accused AfD politicians of using rhetoric to foment hate as part of a political strategy.

"What I see are politicians who make a strategy out of excessive language, and their recklessness and hatred," he said in a speech on Thursday. "I only hope that citizens of this country do not allowed themselves to be carried along."

Even some AfD politicians said Poggenburg went too far, with the party's national leader Jörg Meuthen saying the comments "should not have been made."

Poggenburg said he didn't believe he did anything wrong and was only "a bit inebriated, but still in control of myself" in delivering "pointed political satire" as is the Ash Wednesday tradition.

The anti-immigration AfD is the third largest party in the Bundestag after picking up almost 13 percent of the vote last September. Its politicians often gain headlines for comments on immigrants.

Germany's Alternative for Germany (AfD) party is planning a massive communications expansion as it takes aim at the German mainstream media landscape. The party will seek to build on its social media successes. (09.02.2018)