German business groups have compared the country's economy to a tanker that will be cruising along without any dynamic acceleration next year, but also steering clear of rough waters to slow it down. 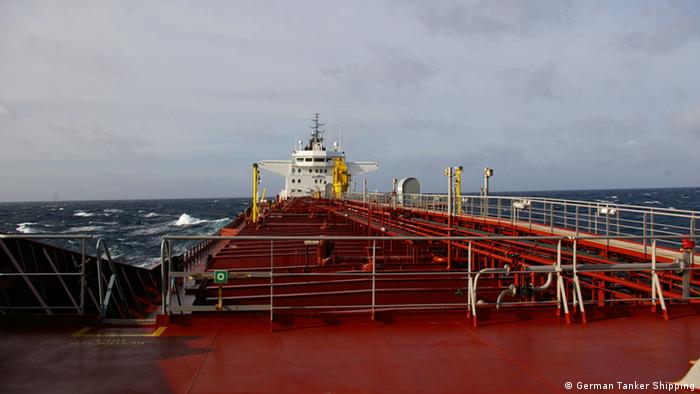 A survey released by the Institute for the German Economy (IW) on Tuesday, showed a majority of Germany's business associations expected only slight growth among the companies they represent.

Out of a total of 48 business lobby groups polled by IW, some 28 predicted a moderate expansion of activity in 2017, while only three groups said growth may be substantially higher in their sectors. Eight associations expect a slowdown in business next year, the survey showed.

IW director Michael Hüther compared Europe's largest economy to a "tanker" that had been cruising along at more or less the same speed for a number of years.

"We are going to experience a third year in which we will neither experience a dynamic acceleration nor a considerable slowdown in growth," he told the German news agency DPA.

Hüther also said that companies would continue hiring in 2017, which coupled with gains in real wages, would lead to stable private consumption, despite growing uncertainty as a result of "terrorist activities and other risks."

The IW survey has found the construction sector to be especially optimistic about business in the coming year, subsequently planning to add the most people to their payrolls. Carmakers and the financial industry, however, were expecting a slowdown and wanted to shed workers.

The study also said that companies in 18 sectors were planning to invest more next year, with spending on digitalization gaining in importance.

Regarding the policies of US President-elect Donald Trump, the German business lobbyists, as much as the rest of the world, are at a loss as to what they should expect. "No-one really knows what Donald Trump is really going to do and if economic wisdom will prevail in his administration," the study noted.

Nevertheless, representatives of the German machine building industry were looking forward to the new president's spending programs because much of what he needed for reviving the American industry was simply no longer available in the US. "It is therefore impossible to secure American jobs by shutting German products out," the study concludes.

Germany's economic research institute Ifo has revised its forecast for GDP expansion in Germany next year, citing a slew of positive indicators. The labor market would remain robust, the renowned think tank predicted. (16.12.2016)

With companies across Europe's powerhouse boasting full order books, unemployment in Germany has gone down again in October. Many firms find it hard to fill their vacancies, the National Labor Office says. (02.11.2016)

Despite a slight drop in the German Consumer Sentiment Index for October, market research group GfK expects Germans to continue spending at a "strong level" amid robust economic growth in Europe's biggest economy. (28.09.2016)

The German Engineering Association expects slight growth in 2017 and has advocated for more free trade. Industry representatives also urge China to be fair to foreign investors. (13.12.2016)

Representatives of Germany industry warn that firms may have to slash production as the level of the Rhine River falls to a record low, making it ever harder to transport cargo.