Germany's economic research institute Ifo has revised its forecast for GDP expansion in Germany next year, citing a slew of positive indicators. The labor market would remain robust, the renowned think tank predicted. 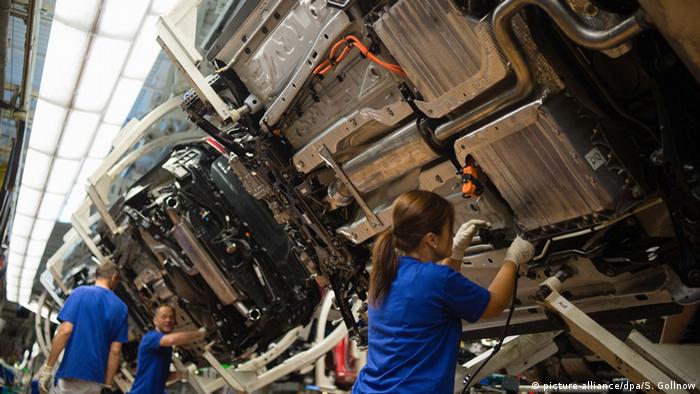 The Munich-based Ifo economic institute on Friday upwardly revised its 2017 growth forecast for Germany. It said it now expected gross domestic product to expand by 1.5 percent next year, up from its autumn forecast of 1.4 percent.

"All of the signs indicate that the fourth quarter of 2016 will be stronger than previously anticipated and that this dynamic will continue into the new year," Ifo President Clemens Fuest said in a statement.

The institute also revised its 2018 forecast to 1.7 percent, up from an earlier prediction of 1.6 percent.

Ifo estimated that the number of people in employment in Europe's powerhouse would continue to rise, from 43.5 million this year to 43.8 million in 2017 and 44.2 million in 2018. It added that the overall jobless rate would stay unchanged at 6.1 percent despite the influx of refugees into the labor market.

How dangerous is public debt?

Due to increased spending on migrants in terms of social benefits and accommodation costs, Germany's budget surplus would drop from 21.5 billion euros ($22.5 billion) this year to 11.6 billion euros next year and just 9.2 billion euros in 2018, Ifo predicted.

The think tank agreed with ECB forecasts seeing the inflation rate rising substantially in the years ahead to reach 1.7 percent in 2018.

"Germany's inflation rate is approaching the European Central Bank's target [of little under 2.0 percent], and since a similar development is forecast for the euro area as a whole, the ECB should accelerate its phase-out of bond purchases, Clemens Fuest said.