Germany′s struggle with military power in a changing world | World | Breaking news and perspectives from around the globe | DW | 28.12.2010

Germany's struggle with military power in a changing world

Burdened by the genocidal legacy of National Socialism, Germany swore never again to wage war. In part one of a three-part series, DW examines how Germans overcame historic taboos about deploying their military abroad. 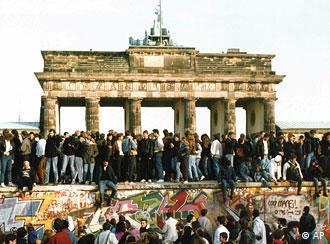 When the Wall fell, the world changed - and the German military's role along with it

In memory of the atrocities committed under the Third Reich, democratic West Germany foreswore war as an instrument of its foreign policy. Its military served a single purpose: To help defend the NATO allies in Western Europe and North America from a Soviet attack.

But when the Berlin Wall fell, the world changed, as did Germany's role within it. The government of Chancellor Helmut Kohl had just finalized German reunification when a series of conflicts erupted in the Persian Gulf, Yugoslavia and Somalia.

As the international community intervened to contain these conflicts, Germans faced a historically uncomfortable question: Should a reunited and fully sovereign Germany become a military power capable of using force on the world stage?

As the US and its coalition partners launched air strikes to eject the Iraqi military from Kuwait in January 1991, the streets of Germany's major cities filled with 250,000 protestors who opposed the US-led war against Saddam Hussein. 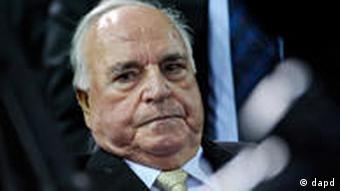 The protests expressed a deep-seated national aversion to war and militarism. After living at the epicenter of international conflict for an entire century, German society had lost its taste for political violence.

"Through the double catastrophe of the two [world] wars, the Germans transformed themselves from a violent society into a post-heroic society," said Hans-Ulrich Klose, a Bundestag representative and a leading foreign policy expert within the left-of-center Social Democratic Party. "Many Germans say that we're the ones who learned the lessons of history and that others still have to learn those lessons."

But the Germans' rejection of the American-led coalition, and a UN-sanctioned military campaign that targeted an aggressive dictator, left Chancellor Helmut Kohl's government in a deeply uncomfortable position.

"The Kohl government knew they had to contribute to the Gulf War due to the principle of allied solidarity," said Karl Lamers, the former foreign policy spokesman for the conservative Christian Democrats. "But they were at the same time aware of the growing opposition to the war within the electorate."

Instead of sending troops to the Persian Gulf, Bonn wrote the coalition partners a check for 17 billion marks ($12 billion, or 8 billion euros) and supplied logistical support.

"We effectively bought ourselves out of the war with our financial contribution," Lamers said.

The Kohl government had been politically and legally boxed into a corner. On top of vehement public opposition, the government faced a constitution that sanctioned war only in self-defense. And since Saddam Hussein had neither attacked Germany nor the NATO allies, direct German military participation in the conflict was off-limits.

In an effort to reconcile Germany's laws with its international obligations, the center-right Christian Democratic Union called for the "clarification" of two conflicting constitutional articles. Article 87 gave Germany the right to field an army for national defense. But Article 24 also permitted Germany to join collective security organizations to preserve world peace. 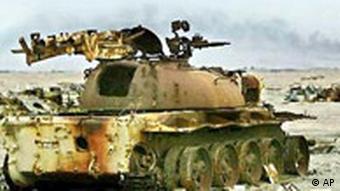 Germany faced a quandary during the 1991 Gulf War

Many conservatives argued that Article 24 sanctioned German participation in multilateral military operations - with or without a UN mandate - that were not directly related to territorial defense.

"The claim that the constitution forbids the German armed forces from participating in these kinds of deployments is a legal facade that hides the real political issue," Lamers said. "In reality it was about the unwillingness and the incapability of the large majority of German citizens and voters to participate in warlike measures."

As the governing Christian Democrats pushed the constitutional question, the opposition Social Democrats faced internal divisions. The party base limited its support to UN peacekeeping missions while a small elite favored more aggressive military operations like the Gulf War.

"The foreign and security policy experts actually wanted such operations as an option," said Karsten Voigt, former foreign policy spokesman for the Social Democrats. "But we couldn't move our own parliamentary faction because they said the constitution didn't allow such operations." 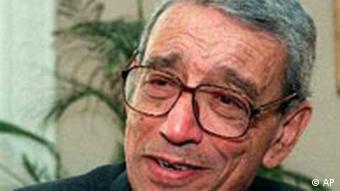 "We feared the conservatives who were in power wanted to reconstruct a classic nation state with the capability to project power," said Ludger Volmer, former chairman of the Green Party who later served as Deputy Foreign Minister. "We believed that non-military measures should be developed and given priority."

Even the Christian Democrats' own coalition partner, the liberal Free Democrats, expressed reservations about operations without a UN mandate.

But world events overshadowed the partisan debate in Germany. The dust had hardly settled in the Persian Gulf when devastating civil wars broke out in Yugoslavia and Somalia.

In an attempt to contain violence in Southeastern Europe, NATO and the West European Union - a European defense organization - imposed a sea and air blockade on Yugoslavia.

NATO deployed AWACS radar planes to patrol the skies of the Balkan war zone. With Germans serving in the multinational crews that manned these aircraft, participation in the blockade was a foregone conclusion. 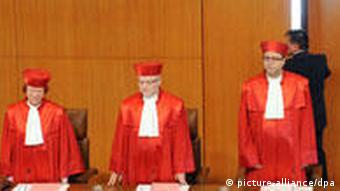 In the end, the Constitutional Court was asked to decide

"We couldn't just pull out," Lamers said. "We were part of a larger whole and were not really free. We would have risked enormous damage to our image and influence."

While NATO tried to stem the tide of violence in Yugoslavia, the UN sanctioned a US-led peacekeeping mission to stabilize Somalia. In a trip to Bonn, then-UN Secretary General Boutros Boutros-Ghali personally asked the German government to send peacekeepers to the war-torn East African nation.

With the political parties still in gridlock over the constitutional question, the Kohl government decided to act without parliamentary approval. Kohl deployed ships and aircraft to Yugoslavia and more than 1,000 soldiers to Somalia.

Politically outmaneuvered, the Social Democrats sued the Kohl Government in the Federal Constitutional Court. Yet the party's foreign and security policy experts worked with the government behind the scenes, according to Voigt.

Both the opposition and the government wanted to put the constitutional question to rest. And since parliament could not reach a compromise, they agreed to resolve the political controversy in court.

However, the Kohl government almost became a casualty of the legal battle when its coalition partner - the Free Democrats - sued it over the NATO air blockade. Germany's government now faced an uncertain future as the judges deliberated.

The Kohl government dodged a bullet when the Federal Constitutional Court ruled that Germany could participate in UN, NATO and WEU military operations worldwide. But there was an important caveat: These operations had to be approved by a simple parliamentary majority.

"We had to slowly learn that we're a country that represents interests, and that we're an ally and that carries consequences," Klose said. "That was a tremendously difficult learning process that has in no way come to an end."