At first glance there are a lot of similarities between Donald Trump and Alternative for Germany (AfD), which applauded his victory. Yet, the party could soon be in for a rude awakening from its initial euphoria. 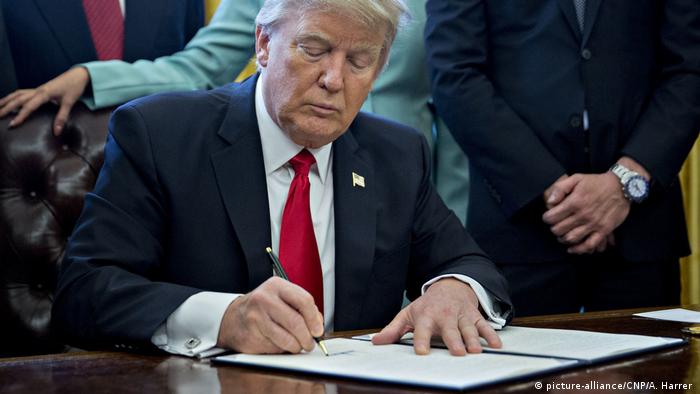 The right-wing populist party Alternative for Germany (AfD) was among the first in Germany to congratulate Donald Trump on his election victory. On election day, the party's co-chairs, Frauke Petry and Jörg Meuthen, sent a congratulatory telegram announcing that the AfD would be a "natural ally at his side." Messages of solidarity from other AfD leaders followed.

The head of Germany's nationalist AfD has argued that the framers of the constitution had a post-War context that is no longer relevant. In a newspaper interview, she argued that is should not apply to Syrian refugees. (25.01.2017)

Conservatives in Chancellor Angela Merkel's northern German constituency have nominated her again as their direct candidate for September's federal election. Challengers for her seat include a regional AfD populist. (28.01.2017)

The statements came as no surprise to those who have looked at populist economic debates. The Berlin-based historian Paul Nolte recently wrote of common "transatlantic patterns in discussions on liberal and authoritarian ideas," in the Berliner Zeitung newspaper. In 2016, party researcher Karsten Grabow of the conservative Konrad Adenauer Stiftung described the "political opinion" of populist political programs as the "exaltation of the 'common people' as the measure of morality, under external threat and betrayed from above." One only needs to compare speeches from Donald Trump, Björn Höcke (AfD) and Frauke Petry (AfD) to find parallels, he said.

Large swaths of the AfD are no doubt just as enthusiastic about Trump, though there have yet to be polls taken to affirm that supposition. Anyone who has listened to discussions taking place among the AfD party base will have heard the phrase "international populism" repeated again and again. The goal of this "movement" is to replace the existing political establishment. Trump's victory is seen as an important step to that end.

Both AfD and Trump proclaim that they have "heard the voice of the people," as Leipzig-based political scientist and AfD-expert Hendrik Träger told Deutsche Welle. Both "also represent nationalist positions."

The Dresden-based political scientist and populism-expert Werner J. Patzelt shares that view. He told Deutsche Welle that is the reason the AfD might be convinced that, with Trump, the White House is finally occupied by "someone that acts like a politician is supposed to." They seem certain that he is not someone that just talks, rather, he is someone that will get things done. Why bother negotiating tedious compromises when one can sign executive orders? Patzelt says there are also structural similarities: "Namely, a representation gap, in which a sizable portion of society feels as if they are not being represented by the media-political class and have now found an outlet for their frustration." 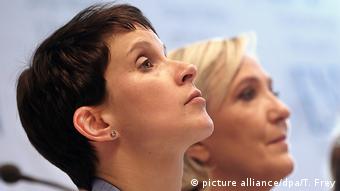 'Trump is a one-man show, AfD is a heterogenous party'

However, Träger and Patzelt say that is where the similarities end. Patzelt insists that Trump is a phenomenon that cannot simply be plugged into the German political landscape. Germany, he says, has a solid system of party and parliamentary government. Moreover, there is "no multi-billionaire at the head of the AfD that could take over the party."

Träger points to another difference: "Trump is a one-man show, in contrast, the AfD is a heterogenous party." He says that the party is, "a colorful collection of various currents with little, if anything, in common; though such differences have been successfully swept under the rug up to now." One Trump effect could be that discussions within the party amplify discord. Träger suspects that Trump's escapades might be a deterrent to some members, resulting in a clear partitioning of groups within the AfD.

Patzelt is also convinced that Trump will likely have a chilling effect. Support for him will only remain constant until the moment it becomes clear that, "this guy is driving his country into the ditch." At that point the cry within the AfD will be: "Every man for himself - and everyone will try to keep as far away from Trump as possible." 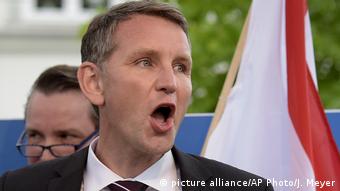 'Höcke can do that without Trump'

Patzelt sees another teachable moment in all of this; namely, that "a ruthless American nationalism will do more damage than good." Thus the realization that "a country like Germany, with its complex central geo-political position, is best served by careful multilateralism," will grow.

And what about Björn Höcke and the far-right wing of the AfD? In the short-term they may feel emboldened to further lower the threshold of political correctness, says Träger. Höcke is a "genuinely German phenomenon" that would act just as he does without someone like Trump, counters Patzelt. "The AfD doesn't need to listen to Trump to come up with crude slogans, they can do that on their own."