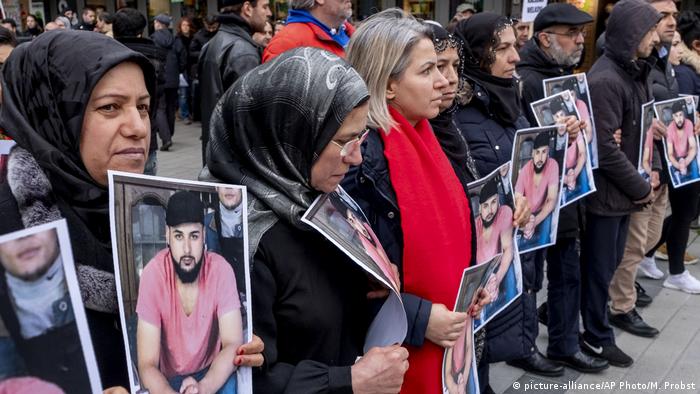 Never before has Chancellor Angela Merkel said in such explicit terms that Germany has a racism problem. "Hate is a poison and is responsible for too many crimes in this country," she said after a gunman shot dead nine people in the city of Hanau in a racially motivated killing. The perpetrator had a "deeply racist attitude," the federal prosecutor later said.

For the third time in the past nine months, a right-wing extremist has carried out an attack in Germany. The others were the shooting dead of politician Walter Lübcke in June, and the Halle synagogue shooting in October where a killed two passersby during the Jewish holiday of Yom Kippur. If that wasn't enough, last week, police arrested a group of 12 men as part of a far-right group suspected of planning attacks on politicians, asylum-seekers and Muslims.

Where does this hate — this "poison" the chancellor speaks of — come from? What is the breeding ground for racist violence in Germany? Xenophobia in the country is nothing new. Studies show that 15 to 20% of the population hold such views — but nobody is born a racist.

After the murders in Hanau, the Alternative for Germany (AfD) party has again come under scrutiny. "We are experiencing how the social climate has for a long time been poisoned by the AfD, how hate has been fomented, how society has been divided," said Social Democratic Party (SPD) General Secretary Lars Klingbeil, who has called the AfD the "political wing of the extreme right."

The AfD not only downplays National Socialism. The party is also attempting to make racist ideology, which is based on ethnic descent, socially acceptable again. People whose appearance or names suggest that their parents or grandparents have a history of migration are verbally attacked and maligned. "Seeing people as adversaries and yourself as something better, making fellow citizens into foreigners — that is a poison that is penetrating our society more and more and can ultimately lead to these acts," said Annegret Kramp-Karrenbauer, leader of Chancellor Merkel's Christian Democratic Union (CDU).

The Free Democratic Party (FDP) leader Christian Lindner has also lamented a social climate that encourages right-wing extremist violence. "This creates a climate of hate and hostility toward foreigners, but also, for example, against democrats, that is quite obviously able to influence individuals or groups to use violence."

The crime scenes in Hanau were two shisha bars that were frequented by young people of non-German descent. The AfD has long been campaigning against shisha bars, including in the state of Hesse, where Hanau is located. This links back to instances of police finding untaxed tobacco during inspections at a number of restaurants. The AfD then referenced these stories in their campaigns, in an apparent attempt to link shisha bars with criminal behavior.

Parliamentarian Lorenz Gösta Beutin of the Left party says it's not just the far-right AfD that is responsible for growing right-wing terrorism in Germany. It should not be forgotten, he said, that other politicians, such as Interior Minister Horst Seehofer, a member of the Christian Social Union, the Bavarian sister party to the CDU, have previously stoked fear of foreigners, including during the refugee crisis. "It was people like him who were the intellectual arsonists who sowed the seeds of hate," said Beutin. In 2011, for example, Seehofer said his party "would resist until the last bullet" to stop immigration into the social welfare system. In 2015, he dubbed migration the "mother of all problems."

Council of Europe sounds the alarm

Does Germany have an extremist problem? For years the UN and the Council of Europe have said the German government must do more to tackle discrimination, xenophobia and racism in the country. After the attack in Hanau, Left party parliamentarian Jan Korte said the government had long been not only underestimated the growing issue of right-wing extremism in Germany. "If I may remind you how in recent years when victim organizations and other initiatives pointed to this terrorism, how that was dealt with, how mayors and local politicians were left alone, that is relativization."

More than 200 people have been murdered by right-wing extremists since 1990. "This is about the basic substance of the democratic community and that has in fact not been recognized in recent years and decades," said Korte. "People who highlighted what was growing there were laughed at."

Germans must stand against xenophobia

However, the German government has in the recent past enacted a whole series of laws to combat right-wing hate, growing violence and right-wing terrorism. In the wake of the Hanau attack, police protection is to be increased. Politicians must ask themselves, however, whether these measures came too late. "We will protect the people in this country who feel threatened, who no longer feel safe," vowed SPD General Secretary Klingbeil. "That is why it is so important that all democrats in this country stand up and no longer watch and make clear that we will no longer accept these breaches of taboo."

After the Hanau murders, people around the country gathered for impromptu demonstrations and vigils. President Frank-Walter Steinmeier drew spontaneous applause when he said in Hanau: "We stand together as a society, we won't be intimidated, we don't run from each other." With those words, Steinmeier was speaking to those Germans who are neither xenophobic nor racist.