Heads of leading German Islamic groups have criticized the AfD's proposed ban on minarets and burqas. Germany's Islamic Council has even compared the right-wing party to the Nazis. 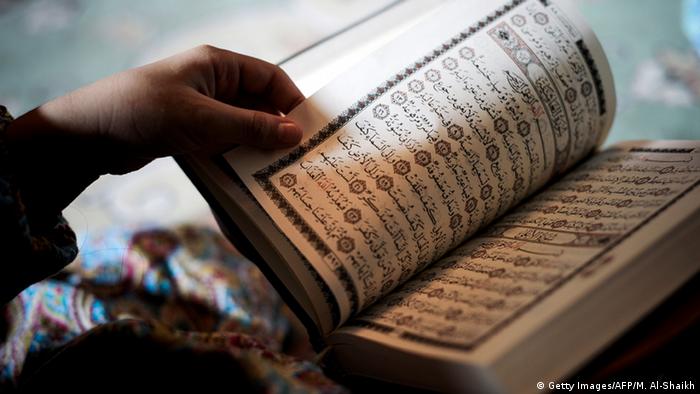 "I think the AfD is playing with people's fears," Burhan Kesici, the head of the Islamic Council, told public broadcaster Deutschlandfunk. "We had a wave of refugees last year, we have a lot of unemployment, we have other problems. I think now they are trying to score, using Islam to attract new voters," he added. 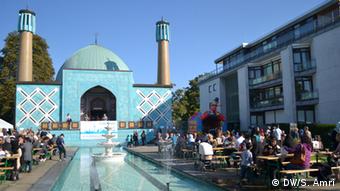 Many mosques in Germany hold their sermons in Turkish or Arabic, rather than in German

The leader said that Islam was "obviously compatible with the German constitution" and that there was no need for Muslims to expressly campaign against the AfD's opinions. Muslims were well-integrated within German society and those converting to radical Islam were usually youth who had drifted away from the mainstream, he said.

He said that Islam spoke of equality among men and women and that Muslims themselves adhered to such values, adding that women in Islam did not necessarily have to wear the veil. "It is left to a woman if she wants to wear the burqa and that does not have anything to do with social pressure," Kesici told Deutschlandfunk.

Gays and lesbians were not acceptable in Islam, Kesici said, but what was important was that people learned to live peacefully together, regardless of political ideology or sexual inclinations. 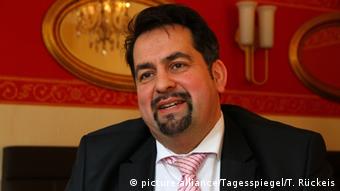 Kesici's comments came shortly after the populist "Alternative für Deutschland" or "Alternative for Germany" (AfD) party called for a ban on minarets and burqas. Its Brandenburg leader Alexander Gauland said Islam was "not a religion like Catholic or Protestant Christianity, but rather always associated intellectually with the takeover of a state." The party's deputy leader, Beatrix von Storch, said the religion was a "political ideology that is not compatible with the constitution."

Politicians like von Storch and her colleague Gauland wanted to put an end to a society based on peace and democracy, the head of Germany's Central Council of Muslims, Aiman Mazyek said. "It is not Islam which is against the Basic Law [the German constitution], but the AfD which does not conform to it," Mazyek claimed.

The Islamic representative also tweeted this message on the AfD's stance, writing: "That is not an anti-Islamic policy, that is an anti-democracy policy."

Mazyek also said there was a need to create awareness about the anti-Islam wave. "Creating awareness means pointing out that for the first time since Hitler's Germany, there is a party which is discrediting and existentially threatening a religious community," he told public broadcaster NDR.

Meanwhile, Chancellor Angela Merkel's spokesman, Steffen Seibert, said that the German constitution guaranteed its citizens the freedom to believe in and practise any religion. He also said the chancellor had emphasized several times that Islam "undoubtedly belonged to Germany."

The Greens' deputy leader Konstantin von Notz said the AfD's recent comments were not consistent with Germany's constitution. The right-wing populists were playing with fire and dividing German society by making sweeping statements about Muslims and Islam, Notz said, adding that the party was trying to expand its voter base with such tactics.