The German chancellor has urged member states to work together on security in the wake of deadly terrorist attacks on European soil. She also warned of the polarizing effect "Brexit" negotiations could have on the bloc. 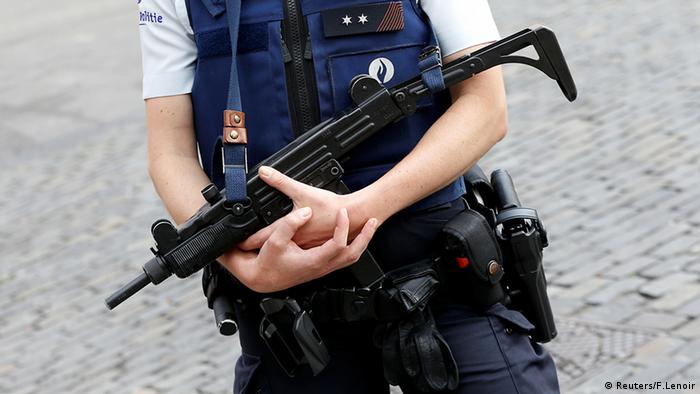 Germany's chancellor said the Berlin terrorist attack demanded a swift response from the government that guarantees security and civil liberties. She also called for faster deportations for rejected asylum seekers.

German Chancellor Angela Merkel on Thursday urged EU nations to work together to improve security across the bloc by increasing the exchange of data and creating a register of people entering and leaving the Schengen area, a European visa-free travel zone.

"Everyone sees the urgency and everyone knows that if we do not succeed, each country will introduce its own border controls and free movement won't be possible," Merkel told a joint press conference with Luxembourg's prime minister, Xavier Bettel.

"It makes me optimistic that a lot of countries have sadly had the experience that terrorism is a big challenge for all of us and only cross-border cooperation in the Schengen area will help us," Merkel added.

In recent years, Europe has witnessed several terrorist attacks that have left dozens dead in Berlin, Paris, Brussels and elsewhere. In her New Year's address to the nation, Merkel described terrorism as the greatest challenge facing the nation.

"Without a doubt, the most difficult test we've faced is Islamist terrorism, which has also had us Germans in its crosshairs for many years," she said.

Since the terror attack on a Christmas market in Berlin, the German government has announced new measures to curb security threats, including tougher place-of-residence obligations for those who have faked their identity and increasing surveillance on individuals considered a potential danger.

'Must act together' on Brexit

The German chancellor also repeated calls for unity across the EU ahead of the UK's polarizing decision to leave the 28-nation bloc.

"It is important that we do not allow ourselves to be divided, the 27 must act together in the negotiations, but first we await the answer about how Britain wants to design its exit," Merkel said.

Since the British referendum in June, EU member states have warned London that it cannot remain in the single market without accepting the bloc's "four freedoms," including the free movement of people.

The leave camp campaigned successfully on an anti-immigration platform that promised to secure the UK's borders and restrict migration flows to the country.

Some 52 percent of British nationals voted to leave the bloc in the referendum. However, the UK has yet to trigger Article 50, which would formally launch a 2-year negotiations process for the divorce.

Rarely a day goes by without new images of Germany's Chancellor Angela Merkel being published. Her official face is often serious, her governing style cautious. But some images show there is more to Merkel. (19.09.2016)