Having lost all its seats at the last election, the Free Democratic Party is plotting its return to the Bundestag. New party chief Christian Lindner is optimistic of the party's chances in September. 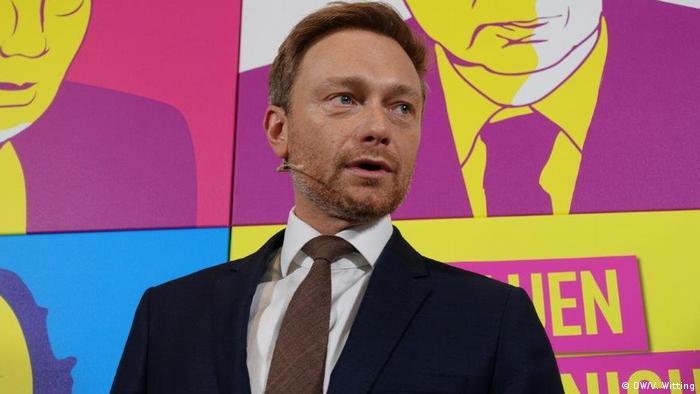 FDP boss Christian Lindner described feeling like a "racing horse in the stalls," as he launched the party's bid on Friday to return to Germany's parliament for the first time in four years.

Presenting a draft of the party's election manifesto to the media, Lindner said the FDP has reinvented itself, after its disastrous 2013 election defeat that left it shut out of the Bundestag for the first time in its nearly 70-year history.

He said the party wants to portray a more optimistic vision of the future.

He told reporters that voters were tired of the status quo in German politics, adding that "many of the old rules and systems" need "a major overhaul."

The FDP's plan calls for Germany to adopt a more flexible, mobile labor market, but will also give workers the chance to decide when to retire.

The party's main proposals include plans to dramatically cut taxes - hinting that it would not seek to raise 30 billion euros ($32 billion) of the 110 billion in expected tax revenues during the term of the next parliament. Families would also get extra help, with a plan for lower childcare costs, along with a boost to child welfare payments. 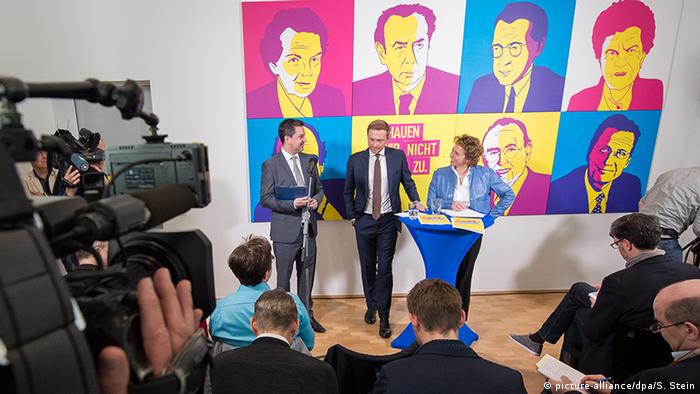 Lindner said the party would seek to strengthen competition between schools and other education institutes and create a digital ministry to expand fast internet access nationwide.

The FDP's manifesto calls for the state's interests in Deutsche Post and Deutsche Telecom to be sold off, and new immigration rules to welcome "qualified and hardworking people" to the country, while maintaining the country's policy on asylum seekers.

Lindner also said the party would allocate extra cash to improve national security in the wake of recent terror attacks, and called for reforms to the EU that would see Brussels focus more on international than national issues.

The FDP party chief wouldn't give a number of targeted seats for this election or discuss possible coalition partners, but he was convinced his centrist party will return to the Bundestag in September.

Six months ahead of the federal election, the FDP is currently polling between five and seven percent.

Between 2009 and 2013, the FDP was a minority partner in German Chancellor Angela Merkel's coalition alongside the Christian Democrats (CDU) and its Bavarian partners, the Christian Social Union (CSU).

But in a dramatic change of fortunes, it lost its 93 seats in the 2013 federal election and also failed to make the 5 percent minimum requirement to qualify for list representation in parliament under Germany's system of proportional representation.