The Free Democratic Party was once part of every conservative German government - then it dropped out of the Bundestag. Now it wants to return to its former business-friendly glory in time for September's election. 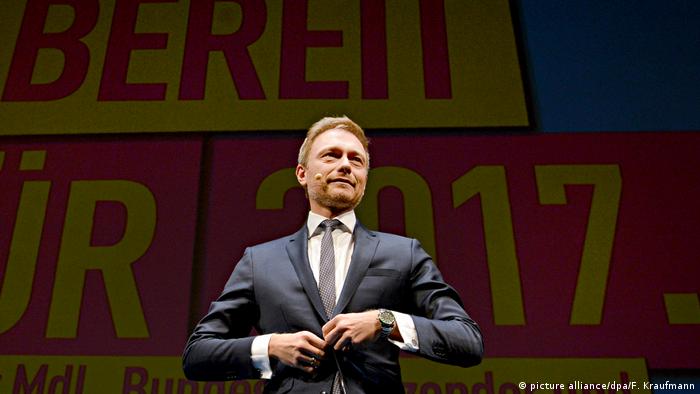 The Free Democratic Party (FDP), which once seemed a natural part of Germany's center-right government, is out to re-invent itself. Convening in a Stuttgart opera house on Friday for its traditional "Three Kings Day" meeting, party leader Christian Lindner galvanized members ahead of the campaign to re-enter the German parliament following its humiliating exit in 2013.

The FDP would be the "progress accelerators of German politics," the 37-year-old Lindner promised, before instilling a sense of optimism and urgency: "Globalization, digitalization, demographic change. Germany has no time to lose anymore."

"We have renewed ourselves in the past three years, but we also suffered," Lindner told the audience. They were indeed dark times: FDP membership dwindled after the 2013 defeat, while two of its former leaders and most well-known figures - Hans-Dietrich Genscher and Guido Westerwelle - died within the space of two weeks last March.

Politically, his party was reduced to watching "the wrong policies of the government and the inactivity of the opposition from the audience," Lindner said. In the FDP's absence, he complained, Germany's centrist parties - the Christian Democrats (CDU), the Social Democrats (SPD), and the Greens - had congealed into an "undistinguishable" soup, which had left the way clear for the populist far-right Alternative for Germany (AfD) to "make a business model out of stoking fear." 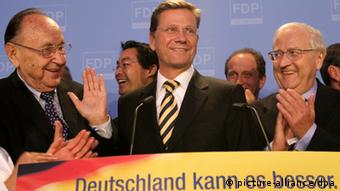 The antidote to populism - centrist reform

To beat that, Lindner said, Germany needs a new FDP that offers centrist reform: a new rule-of-law combined with free-market policies that have been missing for the past three years. "Up until today, the CDU has let itself be pushed around by the SPD in its economic policy," said Lindner. "Then Mrs. Merkel opened the border in the refugee policy. It's not liberal to lift rules and let go of control. Liberal means an immigration law that steers and controls immigration."

But it's an awkward time for the FDP to re-emerge - traditionally it has been Germany's only small-government party, but at the moment there is no bigger issue preoccupying the German media than security. The perception that the intelligence agencies could have caught the Tunisian Anis Amri who attacked a Berlin Christmas market has been powerful, and the FDP's potential voters might be those skeptical of that move.

FDP deputy chairman Wolfgang Kubicki on Friday dismissed re-organizing the country's entire security apparatus - something Interior Minister Thomas de Maiziere announced earlier this week - as no more than a "very obvious diversion" from the state authority's failings, and warned that expanding video surveillance would also have a questionable effect.

According to Josef Janning, German politics analyst at the European Council on Foreign Relations, in a country where the AfD is making inroads, the FDP needs to marry its traditional liberalism with a kind of nationalism. "There is a strong tradition in Germany of national liberalism," he told DW. "A liberal attitude critical of the state, which is at the same time rather national in its outlook." 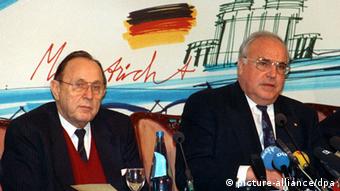 This laissez-faire nationalism was the model that the FDP adopted in the 1960s under then-leader Erich Mende. "This could be something that could appeal today," said Janning. "And I think the Lindner liberals are trying this out."

The FDP has traditionally believed in globalization and open markets - two ideas that have suffered at the hands of the populist right recently. The solution, Janning suggested, could be for the FDP to take a more euroskeptic position than the Merkel-led CDU, something it used to say. "The liberals opposed the Rome treaties in 1957," Janning pointed out. "Later on, that changed somewhat."

The FDP's voter base remains independent self-employed urban professionals - especially those with higher incomes, like lawyers and doctors. ("They prefer a state that is not interfering in their lives," said Janning.) And that is not likely to change this year - Lindner is probably well aware that he is unlikely to compete with the AfD for the low income vote.

And yet the FDP has indeed seen signs of recovery in the past year. The party increased its share of the vote in all five state elections in 2016, re-entering parliament in Berlin in September after a similar absence to the one they suffered nationally. In current national opinion polls, the party is hovering between 5 and 7 percent - precariously close to the 5-percent hurdle it needs to clear to re-enter the Bundestag, but after Friday's speech, members have reason to be optimistic.

While it is likely to find itself behind the AfD in September's election, and will be modest about its ambitions in the election campaign, Janning argues that its history means it will always see itself as a party of government: a corrective element that could - for instance - provide a pro-business link in a three-way coalition between the progressive conscience of the Green party and the traditionalist conservatism of the CDU.

Bundestag elections 2017: An overview of all the changes to national politics

It's been a long time since there's been this much political uncertainty in Germany. The general election is still a year away, but the refugee crisis has had a major impact on politics. Here's where the parties stand. (13.09.2016)

Voter acceptance of Chancellor Angela Merkel's three-party government has fallen under 50 percent for the first time. A new survey puts her conservative bloc on 30 percent and partner Social Democrats on just 19 percent. (31.05.2016)