Germany has a new television channel that loves men. TimmTV is the country's first broadcaster to focus on gay and lesbian programming. Already established in much of Europe, gay TV's taken longer to reach Germany. 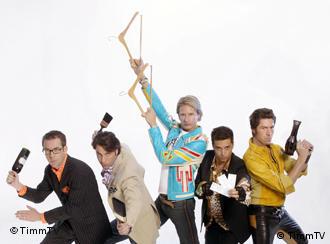 Germany's estimated 3.6 million gay men got a new option on Saturday, Nov. 1, when wiling an evening away in front of the TV.

"At TimmTV, we don't see ourselves as representatives of the gay community," Timm executive Ingo Schmoeke told Deutsche Welle. "Rather, we try to make them an attractive offer. It's up to them whether they watch. But of course, we do endeavor to cater for all of their different desires, wishes and needs."

TimmTV, the country's first ever broadcaster to openly target gay men as its main demographic, is aiming to draw in their families and friends as well as lesbians and a few so-called metrosexuals for six hours each evening and possibly around the clock if the station proves profitable.

TimmTV's programming plans do not represent any major changes to Germany's private broadcasting landscape. Essentially, the station, like many private German channels, is relying on popular English language series, dubbed into German. 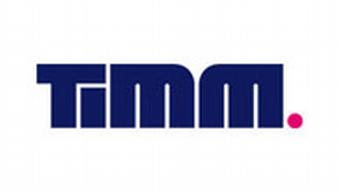 "Queer Eye for the Straight Guy," "Absolutely Fabulous," "Queer as Folk," "Rick and Steve," "The L-Word," and "Noah's Arc" are currently the lynchpins of TimmTV's programming, Schmoeke said.

"Currently about 20 or 30 percent of our shows are produced by us, while the remaining 70 percent or so are acquired material", Schmoeke said. "But we want to increase our output of original programming over time -- that's the difference between us and many other digital channels."

But TimmTV is also gambling on shows that never came into their own in Germany. "Absolutely Fabulous," which was one of the UK's most popular sitcoms, proved too garish and outrageous for a German audience. But Schmoeke said the situation will be different with TimmTV's target audience.

"'Absolutely Fabulous' had a special sense of humor which doesn't represent the German mainstream, but there is an affinity between the humor of 'Ab Fab' and the humor of gays," he said. "We know for a fact that the gay community loves the show, therefore we simply have to offer it." 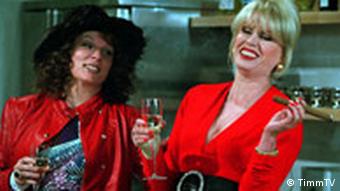 The channel also promises to tackle serious issues, including discrimination faced by Muslim gays and the persecution of homosexuals under Adolf Hitler. There will also be documentaries on stars and celebrities who make waves in the gay community, such as Rupert Everett, Susan Sarandon and Liza Minnelli. In the short term though, most of these programs will be produced elsewhere, while the channel simply purchases the rights to broadcast the shows in Germany.

While TimmTV, which executives had hoped to launch last year, is new to Germany, similar channels, like PinkTV in France and Serbia, Gay.TV in Italy and Canada's Pride TV, have been targeting their programming at homosexuals for years.

"The process of digitalization in TV here is behind countries like Britain and the US so for us it was not feasible to have our own channel for such a group until very recently," Schmoeke said. "We didn't delay the decision to launch based on political or social parameters."

Like its international counterparts, TimmTV intends to earn its crust through advertising revenue. Its target audience, primarily young men with disposable income, is a popular with advertisers, which bodes well for the station's success. After just a few days of broadcasting, viewing figures aren't yet available, but when they are released it won't just be the bosses at TimmTV paying close attention.

Berlin renamed a stretch of the Spree River in honor of a gay-rights activist persecuted by the Nazis in the 1930s as the city's biggest hospital opened an exhibition devoted to the sex researcher. (07.05.2008)