The two leaders discussed Syria, the conflict in Ukraine, the Nord Stream 2 gas pipeline and the Iran nuclear deal. Merkel was critical on press and cultural freedom as well as a ceasefire breach in Ukraine.

German Chancellor Angela Merkel said that the Iran nuclear deal was better than none at all in a press conference with Vladimir Putin on Friday. She also criticized a breach of the ceasefire in eastern Ukraine that had occurred overnight before the two leaders met in the Russian city of Sochi.

Merkel was speaking following talks with her Russian counterpart, with Germany at odds with Russia over Moscow's support for the government of Syrian President Bashar Assad and its role in the conflict in eastern Ukraine. 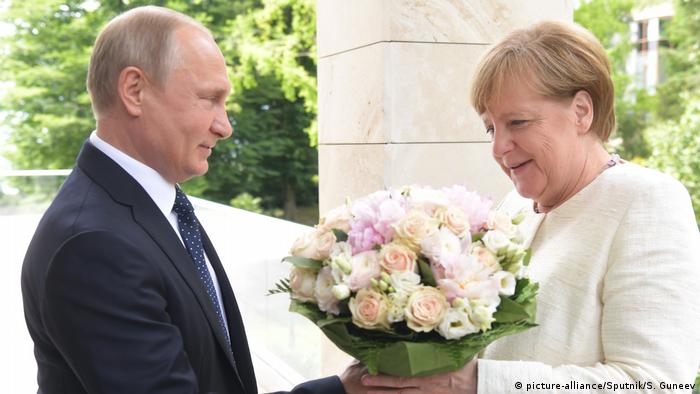 What was said on Ukraine:

What was said on the Middle East:

What else was said: 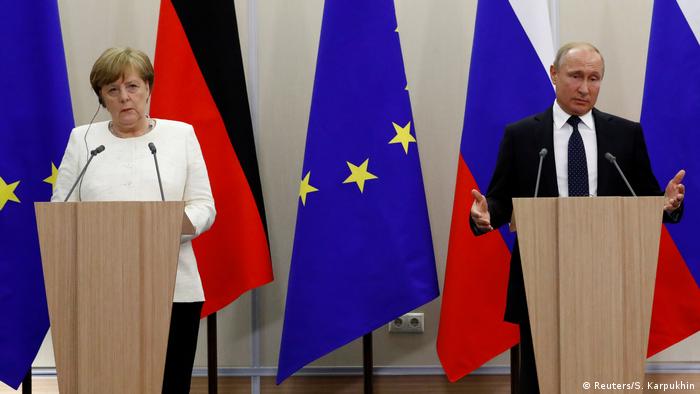 Fraught ties: Germany and Russia's agreement on the importance of the Iran nuclear deal is a rare moment of concurrence between the two countries. Relations have been marred by differences over Moscow's support for Syria's President Bashar Assad, its annexation of Crimea and its role in the ongoing conflict in eastern Ukraine, among other things.

'A lot at stake' as Merkel discusses sanctions with Putin

What is the Iran nuclear deal? The Iran nuclear deal was brokered in 2015 by the five permanent members of the UN Security Council, including Russia, plus Germany and the European Union. Under the deal, Tehran agreed to no longer carry out nuclear work that could result in the production of nuclear weapons in exchange for the lifting of some sanctions.

What are the consequences of the US withdrawal for Europe? Europeans consider the deal as key to regional security and fear that the US pullout could lead to Iran's relaunching its program to acquire nuclear weapons. They are also concerned that Washington's reintroduction of sanctions on Iran threatens their economic interests in the country.

In an exclusive interview with DW, Russian economist and politician Grigory Yavlinsky says Putin's policy of protecting the Syrian regime was not in Russia's interest. Yavlinsky sees no change in Kremlin's policies. (17.05.2018)