Industry representatives have urged the German chancellor to discuss increased business ties with India during the meeting. Some business leaders are hoping Germany can close on a free trade deal 10 years in the making. 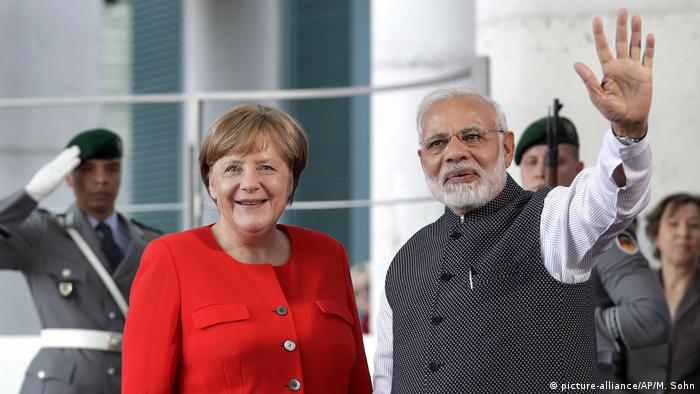 Although Berlin and New Delhi didn't offer details about the meeting, government officials suggested that their economic relationship was on the agenda.

"It is clear that the prime minister of a nation of 1.3 billion people is always a welcome guest and discussion partner for us. We have intensive economic interests in common," said German government spokesman Steffen Seibert.

Indian Foreign Ministry spokesman Raveesh Kumar said in a tweet that the "visit demonstrates our mutual desire to strengthen our strategic partnership."

Free trade on the horizon?

With more than 300 offices in the industrial city of Pune, German companies have also called for more access to Indian markets. But more than ten years after the EU and India agreed to start work on a free trade agreement, both sides have yet to clench a deal.

"A free trade agreement would create trust and show foreign companies that they are welcome here," Thomas Fuhrmann, president of the Indo-German Chamber of Commerce, told Handelsblatt. "India must send a signal that its market is open."

Read more: Op-ed: Make in India and do it right