Germany wrangles over new security measures | Germany| News and in-depth reporting from Berlin and beyond | DW | 09.01.2017

German politicians are falling over each other to come up with new security measures to prevent terrorist attacks. Ideas ranging from centralizing databases to electronic ankle tags for suspects are being mooted. 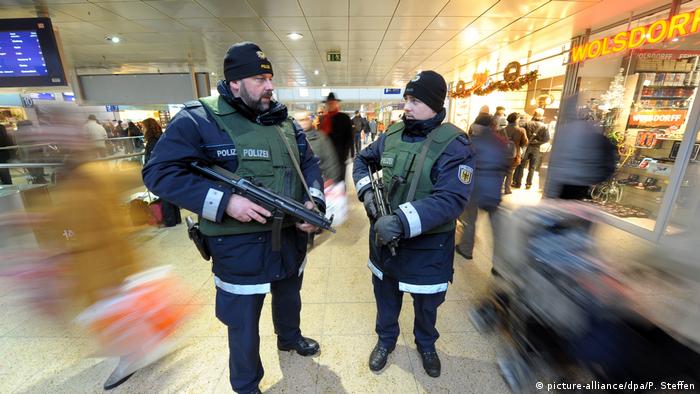 No issue is more politically sensitive in Germany than security. Since Berlin's Christmas market attack on December 19, few days have gone by on which security forces have not been forced to field either criticism from the media, or new suggestions from panicked politicians about how they should be organized.

On Monday, the security forces retaliated. Klaus Dauderstädt, chairman of the German Civil Service Federation (DBB) - a trade union for public servants - demanded that the police and intelligence agencies be shown more public respect. Officials were "valued too little by politicians" and "respected too little by citizens," Dauderstädt said at the opening of the DBB's annual conference in Cologne.

"It does annoy me enormously when all you hear in the media is talk of 'overburdening' and 'failure,'" he said. This, he said, was what happened when completely unrealistic expectations were fed to the public.

Interior Minister Thomas de Maiziere arrived at the very same DBB event on Monday to repeat his sheaf of new proposals for shoring up Germany's security. 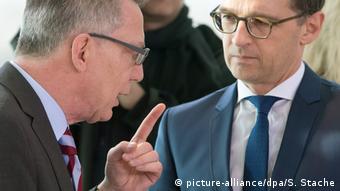 "We will fundamentally modernize the IT infrastructure at the Federal Criminal Police Office (BKA)," the minister promised, after dutifully thanking the officials for their work. "We're moving away from the data pots to a big, joint police core data system with an access system that conforms to data protection law."

This was an echo of the measures that de Maiziere presented last week - often depicted in the media as a reaction to the Berlin attack, but actually in the making for several months.

But for his part, Dauderstädt appeared a little skeptical about the centralization mantra, and advised the minister to listen to advice from the officials: "For all the advantages of federal uniformity, we have collected our own experiences about how difficult it would be to revise the constitutionally defined responsibilities in favor of the federal authorities," he told the DPA news agency before the conference. "It seems to me that the question of organizational structures is less urgent than the dismantling of hurdles in communication and information."

But there is no lack of suggestions about ways that security could be tightened, and even Germany's center-left liberal parties have not been shy about coming up with ideas. Berlin state's new governing coalition of Social Democrats (SPD), Greens, and the socialist Left party has opened a new debate about expanding video surveillance across the city.

So far, the proposal by Interior Minister Andreas Geisel is being resisted by the Greens and the Left, on the grounds that surveillance can do little to prevent attacks like the one in Berlin, and may even be used by attackers: According to Germany's state prosecutor, Anis Amri, the Tunisian asylum seeker who carried out the truck attack, deliberately made an Islamist gesture into a surveillance camera in Berlin Zoo station as he fled.

Despite the ongoing attacks on refugee shelters, and the fact that the federal domestic intelligence agency, the BfV, counts around 10 times as many potentially violent far-right extremists as Islamist extremists in Germany, many of the new security suggestions have centered on refugees and asylum seekers. 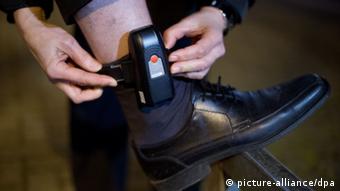 Many want the use of ankle tags to be expanded

Saarland Interior Minister Klaus Bouillon, of Chancellor Angela Merkel's Christian Democratic Union (CDU), has called for all refugees who arrived in Germany over the past two years to be reassessed. That would be a nightmare for a bureaucracy that is already struggling to process a backlog of asylum applications, but it has met the hedged approval of the Green party, whose leader Katrin Göring-Eckardt told "Die Welt" newspaper on Monday, "For those for whom there are gaps und lack of clarity, I am very much in favor of retroactive identity checks. Up until now, the government always said there weren't enough employees. If that is possible now, then of course it must be done." Many of Germany's major political parties also seem to be forming a consensus on expanding the use of ankle tags. Federal Justice Minister Heiko Maas, of the SPD, suggested on Monday that the law be changed so that "Gefährder" (a non-legal term, literally meaning "endangerers," used by intelligence agencies to describe someone deemed potentially dangerous) can be fitted with the electronic tags that track the wearer's location. He found a ready ear in CDU General Secretary Peter Tauber.  Saying that the tags could be fitted regardless of an "endangerer's" nationality, Tauber told the "Bild am Sonntag" newspaper: "Since there are Germans among the Gefährder whom we can't deport at all, it's a reasonable suggestion."

Maas also had a few other ideas that he intended to bring up in a meeting with de Maiziere this week, including imprisoning, for up to 18 months, all "endangerers" whose asylum applications had been turned down - even if it was not clear when or to where they might be deported (Amri's application had been turned down, but Tunisia delayed accepting his return). Under the current law, people can be imprisoned only if their deportation has already been decided.

Germany can learn a lot from precedents set elsewhere: In 2013, the UK introduced what it called Terrorism Prevention and Investigation Measures, or TPIMs, for potential suspects who could neither be charged or deported, which included electronic tagging and being bound by 10-hour overnight curfews. In fact, TPIMs were less restrictive than the measures they replaced - the control orders introduced in 2005, which included 16-hour curfews, and prevented individuals from meeting certain people or using cell phones and the internet.

The US has not yet introduced electronic tagging for terrorist suspects (though Donald Trump adviser Rudy Giuliani suggested the idea on the campaign trail last July), but it does keep a much bigger "watch list": The FBI's Terrorist Screening Database, drawn up following 9/11, is thought to include around 800,000 people, and only a few tens of thousands of those are actually in the US.

Should Germany re-register hundreds of thousands of refugees?

To guarantee domestic security, German Development Minister Gerd Müller would like to see all refugees who have entered Germany since 2015 re-questioned, and re-registered. Is that necessary? (06.01.2017)

As Germany looks towards a new security structure, Interior Minister Thomas de Maiziere has raised doubts over cooperation in the "grand coalition." Current measures have been scrutinized since the Berlin terror attack. (08.01.2017)