With Germany's security services under fire over the handling of the Berlin attack, Germany's intelligence chief has hit back at criticism. The main suspect was on the authorities' radar, but hard evidence was thin. 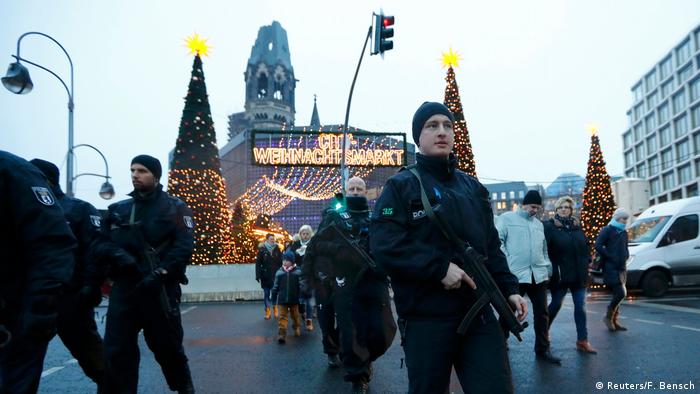 Almost three weeks after 12 people were killed and almost 50 others were wounded in the Berlin terror attack on a Christmas market, new information regarding the main suspect,  Anis Amri, continues to emerge - prompting harsh criticism of German authorities and their actions in the run-up to the December 19 attack.

Hans-Georg Maassen, the president of Germany's domestic intelligence agency, the Federal Office for the Protection of the Constitution (BfV), defended the country's anti-terror experts on Saturday, however, claiming that he was yet to see how those responsible had made mistakes.

The work of Germany's security authorities first came under fire late last month after police initially arrested the wrong man - a Pakistani refugee - allowing Amri a headstart as he fled across Europe.

Following Amri's death - four days after the attack in a police shootout in Italy - it soon emerged that the 24-year-old Tunisian had been on the radar of German security services for months.

Authorities were aware of his visits to radical Islamist mosques and received warnings from a foreign intelligence services - but still Amri was able to carry out the fatal attack and then flee the scene.

According to a report, presented to a special committee in the western state of North Rhine-Westphalia (NRW), where Amri was known to have mingled with extremists, the Tunisian was known to police under 14 different aliases.

NRW Interior Minister Ralf Jäger explained on Thursday, however, that "thorough, close observation" had failed to provide concrete evidence of an imminent threat.

Echoing Jäger's comments, Maassen insisted on Saturday, that in Amri's case, the evidence was thin.

"One must also always consider the resources we have to carry out large-scale surveillance or telecommunication monitoring," he told dpa, adding that there are "other threats in Germany, which are a cause for concern."

German intelligence services estimate that more than 1,200 people have been identified as being "Islamist terrorist orientated."

The Berlin Christmas market suspect, Tunisian Anis Amri, had spent some time in Switzerland. Police are looking into whether the gun he used came from Switzerland. (07.01.2017)

Is the truck used in the Berlin Christmas market attack headed for a museum?

The Bonn Museum of Contemporary History could picture putting on display the truck used in the deadly Berlin Christmas market attack. But visitors shouldn't count on seeing it anytime soon. (05.01.2017)