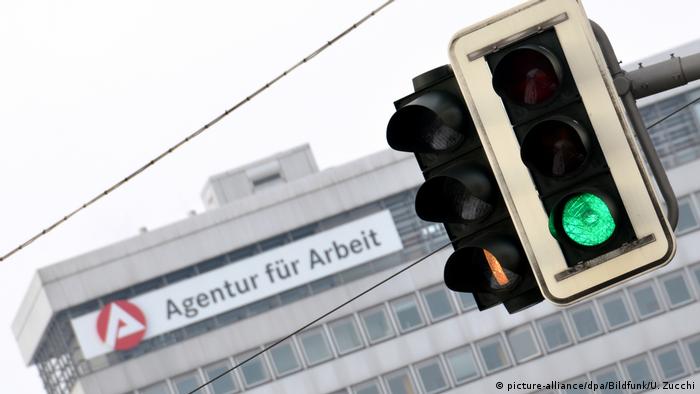 The amount in welfare that foreigners receive in Germany has almost doubled from 2007 to 2019, German daily Neue Osnabrücker Zeitung reported on Friday.

The figures were released as a response to a parliamentary inquiry submitted by Germany's far-right party Alternative for Germany (AfD).

Germany's social welfare program for the long-term unemployed, known as Hartz IV, was introduced in 2005 and dispenses aid to recipients while requiring them to regularly engage with a job-center advisor and show they're actively looking for work or enrolled in approved work-preparatory skills-training programs.

It is available to all Germans who qualify as well as other EU citizens in Germany and asylum-seekers permitted to work but unable to find employment.

The rise in welfare payments coincides with a sharp increase in asylum-seekers coming to Germany in recent years. While the data published Friday compares current spending to 2007, the war in Syria, a major driver of asylum claims in Germany and migration to the country, began in 2011.

Read more: Housekeeping in Germany: 'You clean up my mess and I pay you for it!'

Roughly €6.1 billion of welfare money given to foreigners went to people originated from the top eight asylum countries. Just under €3.6 billion went to refugees from Syria, followed by Iraqis (€840 million) and Afghans (€810 million).

By contrast, German households saw a decline in welfare payments from 2007 to 2019. This year some €22.1 billion in welfare money was disbursed to German citizens, down from roughly €30 billion in 2007.

The report also indicated that citizens from other EU countries had received a total of €2.4 billion between 2018 and 2019.

In response to the figures, AfD parliament member Rene Springer condemned the fact that more money was being spent on foreigners.

"The dramatic increase in Hartz IV expenditures for foreigners shows that the government has completely underestimated the cost and financial burden that immigration places on social programs," Springer said.

A German court has ruled that government cuts to welfare benefits are partially unconstitutional. The decision means unemployed people who do not meet certain requirements can no longer be heavily sanctioned. (05.11.2019)

Close to 411,000 asylum seekers were getting state social security payments at the end of 2018, a fall of 12%. The share of Germany's population receiving welfare fell across the board for the third year running. (25.10.2019)

The Alternative for Germany party has introduced a bill aimed at permanently banning refugees from bringing their close relatives over from war-stricken countries. The move sparked a fiery debate in the Bundestag. (18.01.2018)