A German court has ruled that government cuts to welfare benefits are partially unconstitutional. The decision means unemployed people who do not meet certain requirements can no longer be heavily sanctioned. 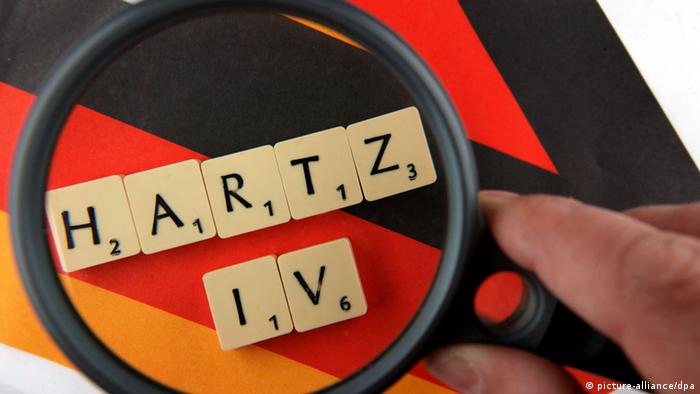 In a verdict Tuesday, the Federal Constitutional Court found that monthslong slashes to welfare benefits known as Hartz IV for "breaches of duty" are unlawful.

Under current legislation, recipients of the benefit can have their payments reduced by 30% for a period of three months if they don't fulfill certain conditions. The amount can also be cut further — by 60% — or even completely, if a job center adviser deems they have failed to cooperate. The rules are stricter for people under the age of 25.

The court in the southern city of Karlsruhe ruled that while deductions of up to 30% were still allowable, cuts of 60% or more breached Germany's Basic Law, or constitution.

Social welfare organizations such as Caritas have long criticized the sanctions.

"Hartz IV plunges people and their families into a bottomless abyss," he wrote on Twitter.

Recipients of the Hartz IV unemployment benefit are required to attend regular meetings with a job-center adviser, and be able to prove they are actively looking for work or enrolled in approved skills-training programs. The adviser can withhold payments if the claimant fails to fulfill these requirements, or if they refuse a job.

Data released last month showed that there were around 5.6 million people in Germany living off welfare payments at the end of 2018 — 5.7% fewer than in the previous year.

Hartz IV was introduced in 2005 in a bid to significantly tighten the rules for claiming welfare or unemployment benefits. Since then, the rate of unemployment in Germany has gradually decreased, except for a temporary setback following the 2008 financial crisis.

Made in Germany — What about fairness?

How Much Money is Enough?