Germany warns over dangers of nanotechnology

German authorities have warned of the risks posed by nanotechnology when used in food, clothing, cosmetics and other products. The promising potential of the technology comes with a risk for health and environment. 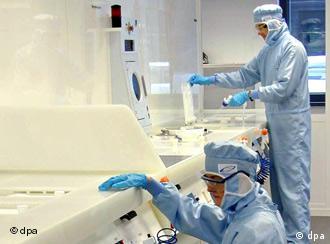 Nanotechnology is often hailed as the future of technology

Germany's Federal Environment Agency has advised consumers against using such products until their long-term effects on people's health has been carefully studied.

Nanoscience deals with matter on an ultra-small scale. A nano particle is 40,000 smaller than the width of the average human hair. 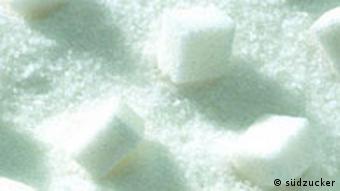 Professor Dieter Stuermer from the Bonn-based Institute for Science and Ethics says people should be especially aware of the danger that nano particles can damage lungs and cause inflammation. In particular, he criticizes nanotechnology companies for not taking enough account of the possible negative side-effects of their products.

No studies of long term risks

"In my opinion, this is the wrong strategy altogether," Stuermer told Deutsche Welle. "There's no sense in working solely towards a desired result and neglecting any side-effects that may show up in the process. We need more research on the risks involved. And most of all, there has to be an open public debate about it."

This open debate however, has not taken place, critics warn. Not only because there are no long-term studies available on the impact of nano particles on human health. But also because consumers don't even know what products include nanotechnology due to a lack of any kind of labeling system.

The Federal Environment Agency has called for a clear legal framework to provide a safe way to use the new technology. All products using nanotechnology should be listed, the agency suggests.

The technology of the future?

Yet there are others that warn against demonizing the new products merely because of unproven side-effects. Urban Wiesing from Tuebingen University in southern Germany agrees that more research must be done on possible health hazards. So far, only about three percent of publicly allocated research funds in Germany go towards risk assessment schemes. But Wiesing doesn't see any insurmountable problems. 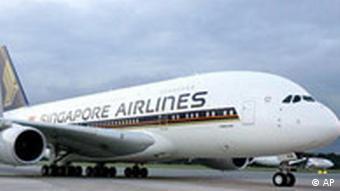 "I strongly believe that many of the risks associated with nanotechnology have at least in part been encountered in other technologies as well," he told Deutsche Welle. "That's why I'm confident that regulations can be found to ensure that these risks can be minimized in the interests of the users of nano products."

The Federal Environment Agency in its report admits that the new technology does not only pose risks but also offers vital chances for the environment. For instance, plastic with nanotechnology can help to reduce the weight of cars and planes and thereby help to save fuel. Also in the research on energy friendly light bulbs nanotechnology was of crucial help.

The German ministry for education and research is convinced that nanotechnology will be a major factor in boosting the German economy as the country fights its way out of the current recession. It believes that sales of nano products globally could be worth three trillion US dollars over the next six years.

The new vaccine that reduces HIV/AIDS infection rates is the first of its kind in the world. Its inventors have now explained the details of their trial results at a Paris congress. (21.10.2009)

As Germany prepares for a mass-immunization against the swine flu, there are growing concerns about the existence of two different shots - one for a selected few and one for the rest of the population. (19.10.2009)

German ministers have agreed on further swine flu precautions to tackle an expected surge in the number of infected people in the colder seasons. (14.07.2009)