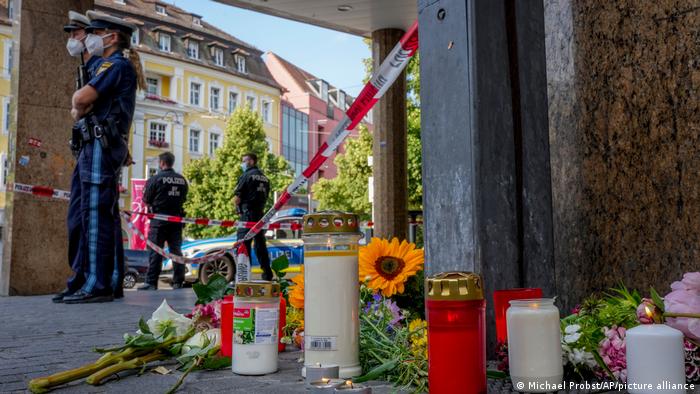 Judge Thomas Schuster of the Würzburg Regional Court Tuesday ordered a Somali refugee responsible for slaying three women and injuring nine others in a knife attack last year be sent to a psychiatric ward indefinitely following a jury's verdict in the case.

On June 25, 2021, the man used a kitchen knife to attack pedestrians in Barbarossaplatz in the center of the southern German city of Würzburg. The killings were carried out in response to voices he was hearing at the time, experts testified at the trial.

The Munich Prosecutor General's office charged the man with three counts of murder and six counts of attempted murder. The verdict is not yet legally binding as the Somali man has the chance to appeal.

The man's lawyer, Tilman Michler, argued in court Monday when the plea was submitted that his client be remanded to a psychiatric facility due to mental illness.

The Chief Public Prosecutor, Judith Henkel, agreed with the assessment in court Monday, asking for the accused to be sent to a psychiatric hospital for an undefined period.

What else is publicly known about the case?

The man is around 30 years of age, though his exact age is unknown because he arrived in Germany without papers.

Police were able to stop the attack last June by shooting him once in the thigh, enough to subdue him, though he was left with non-life threatening injuries.

Bavarian Interior Minister Joachim Herrmann said at the time of the incident, that the Somali man was receiving psychiatric care and had received attention for "violent actions or readiness."

Police also said that he was not known to authorities for any extremist activities.

Würzburg, located in the southern German state of Bavaria, is around 120 kilometers (74.5 miles) east of Frankfurt.

The trial was held in Estenfeld near Würzburg to accommodate public interest.