A Berlin-based voting rights group has begun a campaign to expose the scarcity of German parliamentarians with migrant origins. Citizens For Europe says "every political party" must improve its representation. 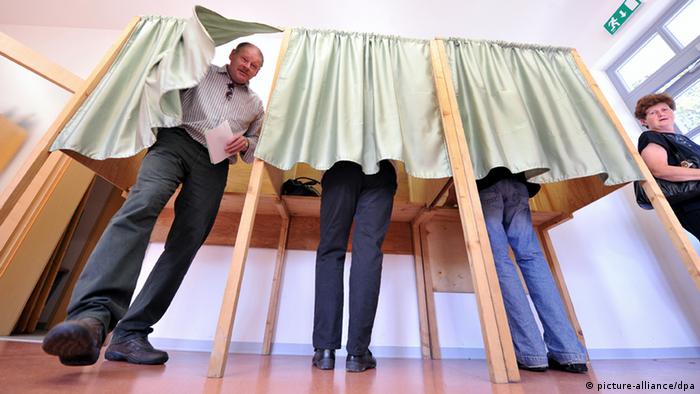 Seven months out from Germany's September election, Citizens For Europe began its campaign Thursday by concluding that only 2.9 percent of Chancellor Angela Merkel's conservative parliamentarians had migrant backgrounds.

That compared with 21 percent of Germany's 82 million inhabitants having migratory origins, including people of color. In the Bundestag as a whole, the migrant origin quota was only 5.9 percent, Citizens for Europe (CFE) concluded.

In a graphic video focusing first on her Christian Democrats and allied Bavaria Christian Social Union, CFE depicts 9 CDU/CSU parliamentarians with migrant backgrounds, compared to 302 without.

And, it asks, how representative is the conservative Bundestag parliamentary group? It's currently led by CDU whip Volker Kauder, a close aide to Merkel.

Further videos on other parties, including the Social Democrats, would follow, said Citizens for Europe, which describes itself as a "non-partisan" group formed in 2010 by committed and young citizens in the EU.

Europe is far off from equal voting for all its 510 million inhabitants, says Citizens for Europe, accusing the 28-nation bloc of discriminating "against those EU citizens who choose a transnational lifestyle and against third-country nationals.

"Right now more than 11 million EU citizens residing within the EU but outside their country of origin are discriminated on grounds of their nationality," it said.

"The situation is worse for long-term residents not holding an EU passport, who are entirely excluded from political and social participation on all levels," says CFE.

Such residents, many of them in Europe long-term, remained excluded from the "very essence of democracy: the right to vote at the regional and national level."

Given the German federal election in September 2017, and the rise of right-wing populism, it was important that the Bundestag membership reflected "residents' lived experiences," and the "diversity of the entire population," said CFE Thursday.

Every political party in Germany still had "a lot of work to do" to ensure voting inclusion, concluded CFE.

Last September, when Berlin city-state elected its city-wide and district assemblies, CFE pointed out that 555,000 Berlin residents were excluded because German electoral law assumes that a voter must have German citizenship.

Exceptions are only made at communal level for residents from other EU nations.

Latest data from the federal statistics bureau in Wiesbaden, Destatis, and sourced from the Central Registry of Foreigners in Cologne show that Germany had 9.1 million resident foreign nationals at the end of 2015. Most were born abroad.

Add persons with migratory origins and German citizenship and that count rises to 17.1 million or nearly one-in-five of the whole population.

The total of non-EU citizens residing in Germany and originating from regions such as Turkey, Russia, Africa, Asia and America amounts to 3.9 million. 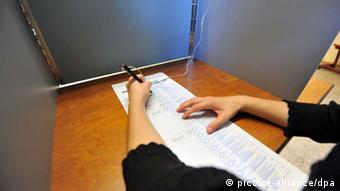 Theiraverage lengths of stay in Germany are long: 13 years for Americans, 9 years for Africans, 7 years for Asians, 28 years for Turks, 10.5 years for Russians, and 10,8 years from those from Australia and Oceania, including New Zealand.

The largest group naturalized were persons of Turkish origin followed by those with Polish backgrounds.

In 2015, the OECD estimated that more than three million German citizens lived abroad in the 35-nation bloc.

If they wish to participate in Bundestag elections, "they have to submit a formal application for entry into the voters' register before each election," according to the federal electoral commission.

Coronavirus: UK to end nationwide lockdown, go back to tiered system 14m ago