Due to increasing demand, German officials are extending the hours for their helpline on violence against men. More than 1,800 calls have been made since it was launched a year ago. 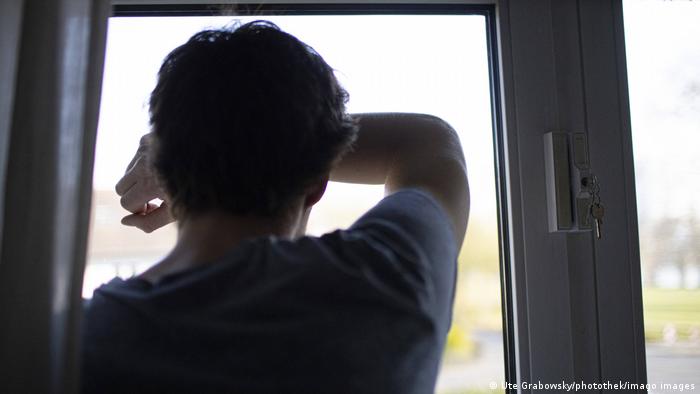 A year after launching a German helpline for violence against men, demand is rising.

Germany is preparing a social media campaign to further promote its "Violence against Men" helpline, authorities said on Monday.

The first support service of its kind in the country, the "Violence against Men" helpline was launched jointly a year ago by the German states of Bavaria and North Rhine-Westphalia (NRW).

With the number of nationwide contacts rising steadily over the course of the project, the organizers are now getting help from other federal states. The southwest state of Baden-Württemberg will also be joining the effort.

Baden-Württemberg Minister for Social Affairs and Integration, Manne Lucha, said that violence of any kind "must be made publicly visible."

"Violence against men is still a taboo," he said. "Stigmatization and feelings of shame often contribute to the fact that the topic is still insufficiently considered."

The service closes a gap in the nation's social help system, officials said. "The new support offer for men affected by violence has been accepted very quickly ― contrary to the fears and prejudices that men would not seek help," said NRW Minister for Equal Opportunities, Ina Scharrenbach.

On Twitter, Scharrenbach called for ending the taboo on violence against men, and sought to encourage those suffering from it.

Who is using the helpline?

The nationwide line has been used in 1,825 cases since its launch about a year ago, corresponding to between 6 and 9 calls per day.

In total, some 35% of all calls came from NRW, Germany's largest state by population. More than 18% of callers were from Bavaria, and the rest called from the other 14 German states.

The data show that men were mainly assaulted by current or former partners.

"The figures after the first year clearly prove: The need is there", said Bavarian Social Affairs Minister Carolina Trautner.

How are services expanding?

During the press conference, organizers of the helpline announced that it is expanding its range of services, hiring more personnel, and extending their hours. Callers can now receive help beginning as early as 8 AM.

Additionally an online advice with a chat function will be launched this summer.

The service is operated by the man-o-mann men's counseling center in Bielefeld and the AWO in Augsburg, funded by the state of Bavaria.