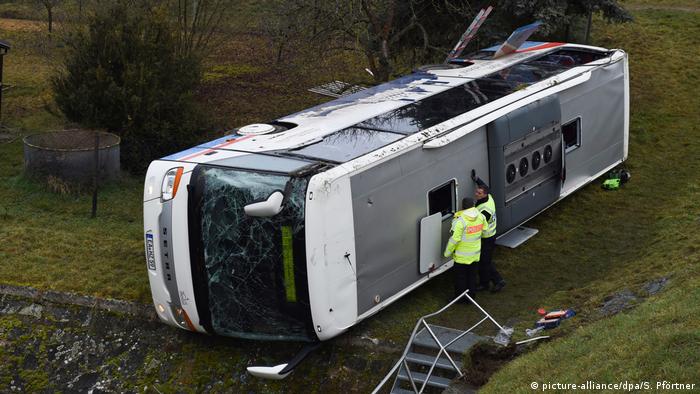 Two children were killed on Thursday morning after a bus slid off a street in the eastern German state of Thuringia.

The bus was traveling with 22 children on board. Five of them were seriously injured in the crash, while 15 children sustained minor injuries, police said.

The driver of the bus was also taken to the hospital for treatment after suffering from shock.

The children on board were aged between 8 and 11 years old, local public broadcaster MDR reported.

The crash took place around 7:30 a.m. (0630 GMT) while the bus was en route to an elementary school in the municipality of Berka von dem Hainich, located around an hour outside of the state capital of Erfurt. 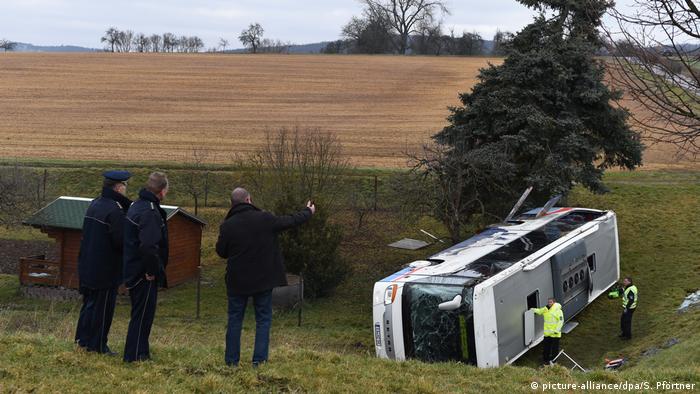 The bus slid off of an icy cobblestone road, flipping over several times before landing in a nearby ditch.

Police said there was no evidence so far of driver misconduct or of a technical defect with the bus.

Thuringia state Premier Bodo Ramelow said he was "greatly dismayed" by the news of the tragic crash.

"Two children are dead, and I mourn with their parents and relatives," he wrote on Twitter.

State officials said they've set up a crisis center at the elementary school and that they will be sending psychologists to help children and parents process the accident, MDR reported.

Deaths on German roads increased in 2018

Road deaths in Germany increased in 2018 after two years of decline. The largest increase was among cyclists, and with the introduction of e-scooters, advocacy groups are calling for change. (10.07.2019)

Figures show that Germany is home to some of the safest roads in the world. Despite global progress in road safety, the situation is dire in low-income countries. (07.12.2018)