Taking aim at criminal clans, Germany wants to make it easier to arrest people for violating re-entry bans. The changes were prompted by a Lebanese gang leader who returned to Germany despite being deported months prior. 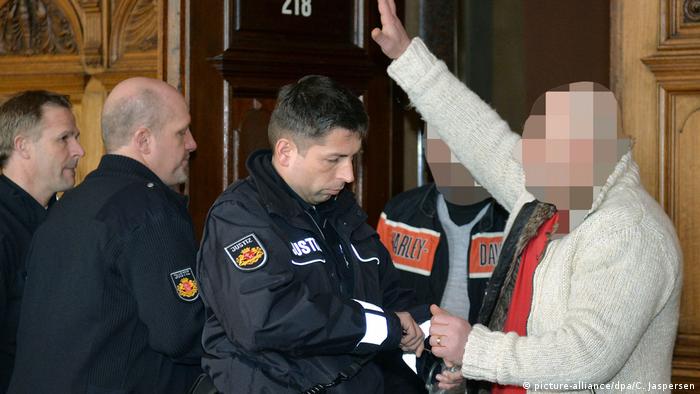 The planned changes were prompted by Lebanese gang leader Ibrahim Miri, who violated a ban on returning to Germany and was deported twice this year.

"The Miri case prompted us to tighten up immigration law and make it possible to make detentions in the event of a re-entry ban," Interior Ministry state secretary Helmut Teichmann told Welt.

The changes would mean that police could arrest someone if they tried to enter Germany again despite having a travel or re-entry ban.

If approved, the changes are due to take effect by June of next year. Interior Minister Horst Seehofer reportedly met with the leaders of Germany's 16 states on Thursday to sell them on the plans.

Ibrahim Miri's return to Germany in October caused major headaches for German authorities, who have been struggling to combat long-established criminal clans with ties to the Arab world.

Miri, who has been on the radar of German authorities for years, is suspected of leading a major criminal family network that operates out of the German city of Bremen.

In 2014, Miri was sentenced to six years for drug trafficking. After being released early from prison in May he was deported to Lebanon in July.

Despite a travel ban that meant he should have been unable to leave Lebanon, Miri reappeared in Bremen in October. He registered an asylum claim with German authorities and was then rearrested.

After his asylum claim was rejected, he was deported again at the end of November.

The Interior Ministry's planned changes aim to prevent such a case from happening again.

From gangster to top chef

German authorities are looking for a former embassy worker who allegedly sold visa documents to members of a Lebanese clan. The clan then used the documents to smuggle Syrian refugees into Germany, according to a report. (28.10.2019)