Germany halted a police training mission in Saudi Arabia following the murder of journalist Jamal Khashoggi. Now the government wants to restart it and emphasize "principles of human rights." 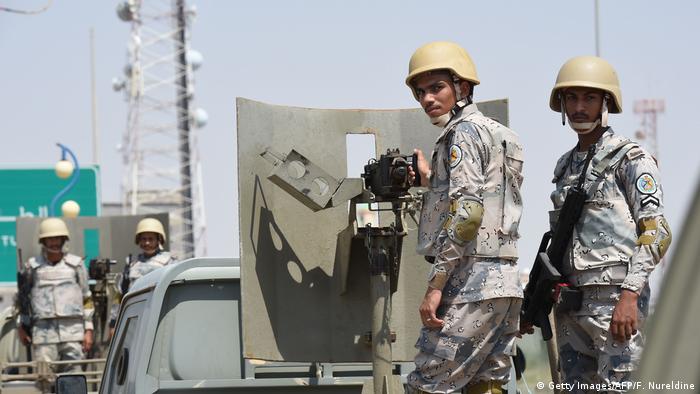 Chancellor Angela Merkel's spokesman, Steffen Siebert, said on Monday that "it is clearly in our interests that borders are secure in the Arab world and are not permeable to terrorists."

According to the German Interior Ministry, the bilateral security training tackled problems such as falsifying documents and maritime security as well as the training of border guards. Officials in Berlin have yet to announce a time and place for training to resume.

A press spokesperson for the German Foreign Ministry said that the training courses would emphasize transferring knowledge on "principles of the rule of law and human rights."

Germany began its border security training and advisory mission in the conservative kingdom in 2009. The German Federal Police operated an office with three staff members in the capital, Riyadh.

However, Berlin stopped the cooperation after Khashoggi's October 2018 murder at the Saudi Consulate in Istanbul drew international condemnation.

The Foreign Ministry said that restarting the police training program did not mean the German government's position condemning the Washington Post columnist's murder had changed.

Besides the Khashoggi murder, Saudi Arabia has earned international criticism for its role in the bloody war in Yemen and for its human rights record.