Three weeks ahead of a general election, German Chancellor Angela Merkel has announced a plan to double the size of a fund meant to help improve air quality in cities and head off driving bans for older diesel cars. 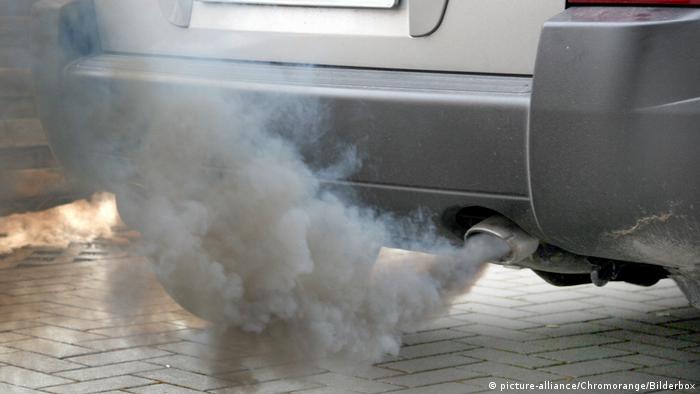 After meeting with German mayors and regional leaders on Monday, Angela Merkel announced plans to double to 1 billion euros ($1.19 billion) a fund aimed at cleaning up urban transport.

Merkel said an extra 500 million euros would come from the federal government, although she said the auto industry could also be asked to increase the 250 million euros it pledged last month.

“We should do everything possible to avoid driving bans. We are all agreed we need an enormous effort,” Merkel told a joint news conference with mayors of major cities.

With an election due later this month, Merkel has come under fire for her close ties to Germany’s powerful auto industry and for failing to crack down on vehicle pollution after Volkswagen (VW) admitted to cheating on US emissions tests.

Monday's meeting was a follow-up to a summit last month at which car bosses agreed to overhaul 5.3 million diesel cars to cut emissions, and set up a fund of 500 million euros to help cities limit pollution.

The prospect of diesel bans has unnerved drivers in Germany and prompted a slide in sales. Registrations of new diesel cars fell 13.8 percent in August to a share of 37.7 percent, the KBA motor vehicle authority said on Monday.

Merkel said local governments would be able to tap into the fund to pay for a range of projects, including better public transport, charging stations for electric cars, traffic control systems and more efficient delivery networks.

However, mayors for Berlin and Stuttgart warned that the authorities would have to move fast to cut emissions or risk courts imposing driving bans.

At the government-industry diesel summit in Berlinin August, carmakers promised to fix the most urgent problems with software updates rather than more expensive hardware fixes, which would take years to materialize. They also offered substantial trade-in incentives to people willing to buy a cleaner car (including cleaner diesel vehicles).

Greenpeace activists had said the measures agreed on were too little too late and showed that Germany had missed the boat on shifting toward modern and clean transport systems.

"Instead of protecting people in cities from toxic exhaust fumes and promoting innovation in the auto industry, the government continues to tolerate solutions that are no solutions at all," Greenpeace spokesman Andree Böhling said in a statement.

The Federal Office for Environmental Protection has confirmed that software patches alone are insufficient to significantly reduce urban air pollution.

Experts insist that nitrogen oxide pollution caused by inland waterway transport and agriculture is a lot higher than that stemming from diesel cars.

The head of Environmental Action Germany has called the results from the country's recent diesel summit "Mickey Mouse policies." His consumer organization is going to court in an effort to enforce driving bans. (15.08.2017)