Thousands have gathered in Berlin to demand that German Chancellor Angela Merkel change her stance and support the opening of the EU borders to migrants. Migrants are attempting to cross into Greece from Turkey. 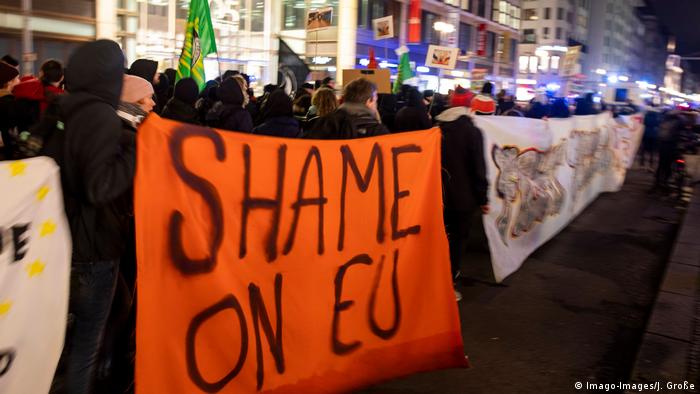 Thousands of protesters gathered in Berlin on Tuesday in front of German Chancellor Angela Merkel's official residence to demand the opening of the border between Turkey and the European Union.

At least three thousand people gathered in Berlin while similar protests were held in Hamburg and Potsdam, according to German media.

The group "Seebrücke" ("Sea Bridge"), which led the protests, wrote online that it stands "against the policy of sealing off the EU and for the opening of the borders." Seebrücke says it wants "safe passages and an end to the criminalization of civil sea rescue." 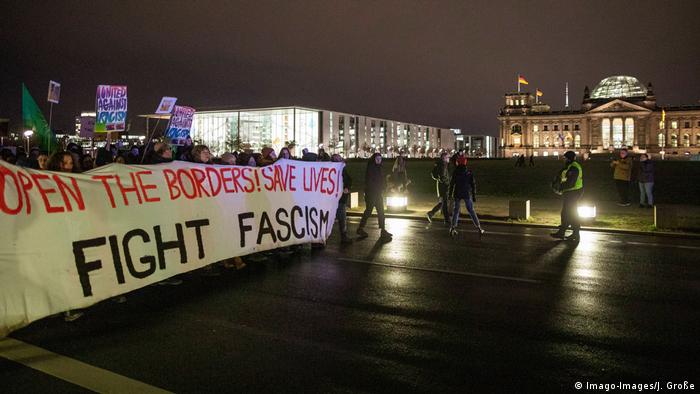 Oritesters at the iconic Federal Chancellery in Berlin

The protests were organized as thousands of refugees gathered at the Greek border after Turkish President Recep Tayyip Erdogan announced last week that his country would no longer stop migrants crossing into the EU.

Under the so-called refugee deal between the EU and Turkey, both sides cooperated in stopping migrants from crossing into the EU from Turkey.

Protesters on Tuesday described the deal as "toxic” and chanted "We have space!” Police put the number of participants at 3,500, while organizers say more than 8,000 came.

'Europe's borders are not open'

The protests come as German politicians are put under increased pressure to deal with the situation at the Greek border.

Merkel has expressed solidarity with Greece's attempt to hold people back after Greek security forces used tear gas to stop migrants crossing the border. The German chancellor has so far remained firm that the EU's borders are closed.

"We will support Greece with all our might,” he wrote. "Europe's borders are not open to refugees from Turkey, and this applies to our German borders as well.”

More protests are planned for later in the week.

The trip comes a day after a child drowned off the island of Lesbos — the first death since Turkey opened its borders to refugees. Turkish President Erdogan has warned that "millions" of migrants are headed to Europe. (03.03.2020)