National Democratic Party supporters have come together in Hanover to protest against journalists, but they were vastly outnumbered by counterdemonstrators. There were no serious clashes between the groups, police said. 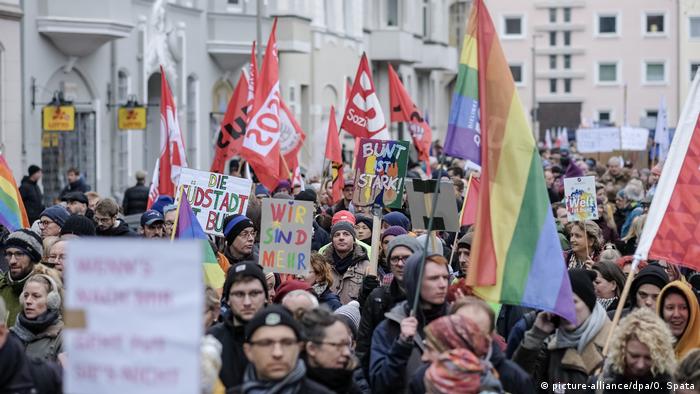 More than 7,000 people took to the streets of Hanover on Saturday as part of a demonstration to protect press freedom and against threats to journalists.

The march came in response to a rally organized by the extreme-right National Democratic Party (NPD) against journalists. Only around 120 people attended the NPD rally, according to the police.

The counterdemonstration in the northern German state of Lower Saxony was welcomed by German Foreign Minister Heiko Maas. He tweeted: "One can see what applies throughout Germany: The neo-Nazis and fear makers, who hound journalists, are in the minority. Thank you to everyone who is protesting peacefully today against this unworthy parade."

"Say it loud and clear: far-right agitation against journalists ... and press freedom are an attack on our democracy," Weil said.

Police concerns over possible outbreaks of violence between the two groups were thus far allayed, though four arrests were made. 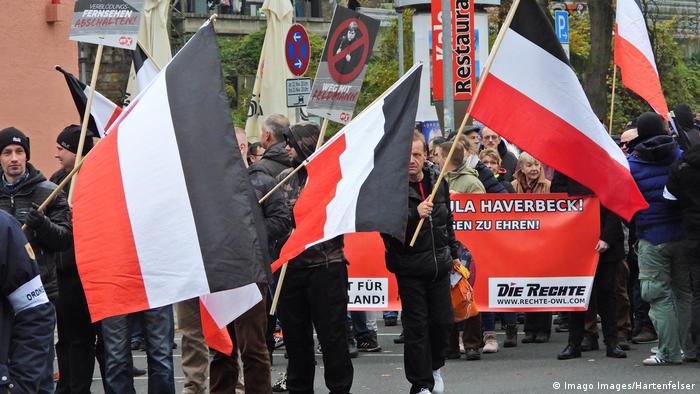 The demonstration of the NPD against journalists, with a banner in support of Holocaust denier Ursula Haverbeck

Hanover police banned the right-wing extremist group from demonstrating, but late Friday the Higher Administrative Court overturned the initial decision, deciding the NPD had the right to protest.

The NPD had promoted their march by posting a picture online of a broadcast journalist who has done in-depth reporting about far-right movements in Germany.

Who could take over as head of Germany's Social Democrats?

Andrea Nahles has resigned as leader of the Social Democrats after the party's poor performance in the European elections. Whoever takes the reins inherits a party in disarray. DW looks at the potential candidates. (02.06.2019)