The country's transport regulator has written to the electric automaker, telling it to stop using the term "autopilot." Germany has been investigating the firm's driver assistance system after two fatal crashes. 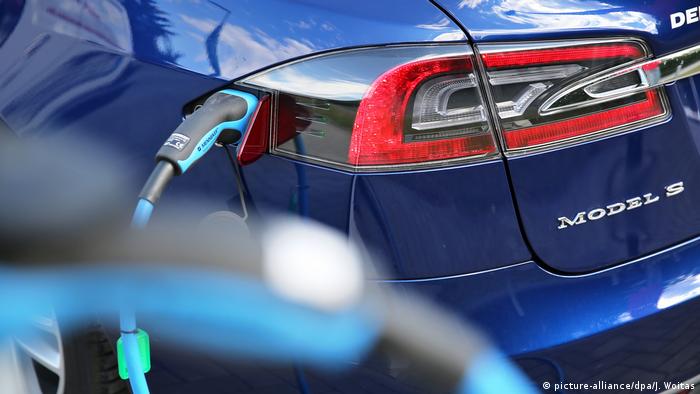 The letter, which was first published in the newspaper "Bild am Sonntag," called on Tesla to take urgent action "in order to prevent misunderstandings and false expectations from clients."

The KBA transport regulator said the term "autopilot" was misleading, and called for it to be removed in future advertisements for Tesla products.

The self-driving feature has been available on the California-based automaker's Model S since October 2015.

The driver assistance feature is described on Tesla's website as "designed to make your highway driving not only safer, but stress free."

The description adds that the autopilot will allow drivers to change lanes simply, avoid collisions from the front and sides, and even parallel park on command.

Germany has been conducting its own investigation into Tesla's autopilot system, following two fatal crashes elsewhere in the world. 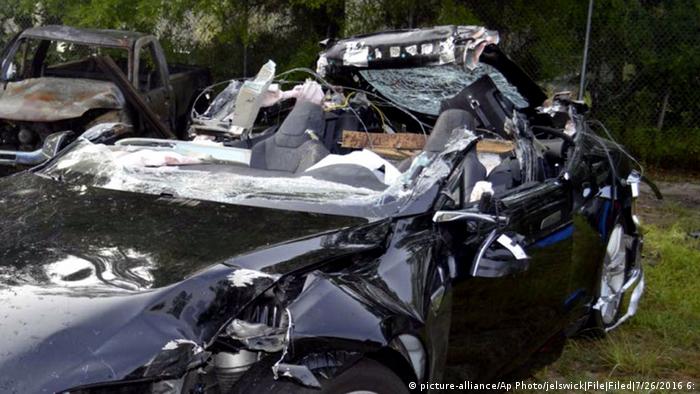 The autopilot allegedly played a role in two fatal crashes

In January, a 23-year-old Chinese man died when his Tesla Model S slammed into a parked road sweeper near the city of Handan, in Hebei province.

Four months later, a Tesla car failed to apply the brakes when a tractor-trailer made a left turn in front of the vehicle, investigators said.  The accident left the driver dead.

In September, a Tesla electric car crashed into a tourist bus on a motorway in northern Germany, lightly injuring the driver who said he had activated the vehicle's autopilot system.

At the time, Tesla said the driver had confirmed the autopilot was "functioning properly and... was unrelated to the accident."

On Friday, the German transport regulator wrote to Tesla owners warning them that the autopilot function was purely to assist the driver and did not turn the car into a highly-automated vehicle. The feature still required the driver's unrestricted attention at all times, the letter said.

Under German road traffic regulations, the driver is required to remain alert and in control of the vehicle at all times when using the system, the letter added. 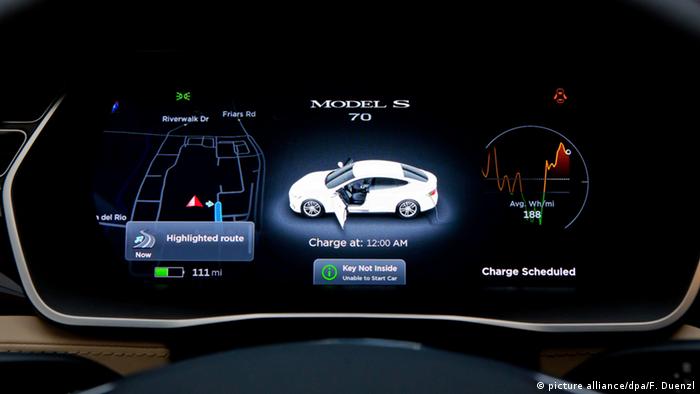 The autopilot feature has been lauded by Tesla

Tesla insists that "Autopilot operates in conjunction with the human driver" and that the company was clear with customers that they had to pay attention at all times.

"We have great confidence in our German customers, and as far as we are aware, none of them have misunderstood the meaning [of the autopilot function]," the firm said.

Tesla added that the criticism was "ironic" considering the famous German autobahns had no official speed limits - still true for parts of the country's motorway network.

In its recent software update, security measures on autopilot feature were tightened, the company said.

If, after three alerts, the driver fails to put his hands back on the steering wheel, the autopilot feature turns off and can only be reactivated after stopping.

But still, consumer groups have called on Tesla to disable the autopilot feature until it is updated to detect whether the driver's hands are on the steering wheel during operation - as the company says should be the case.

The Asian city-state has taken the lead in becoming the location of the world's first public experiment with self-driving taxis. The outcome of the trial is likely to revolutionize the global automotive industry. (25.08.2016)

Fisker throws down the gauntlet to Tesla

E-car veteran Henrik Fisker has said he's making a fresh effort to come up with a revolutionary electric vehicle with performance parameters "never seen before." Will Tesla have to fear its old rival? (05.10.2016)