German prosecutors say the 20-year-old Syrian asylum-seeker was motivated by homophobia when he murdered a tourist and seriously injured his partner. 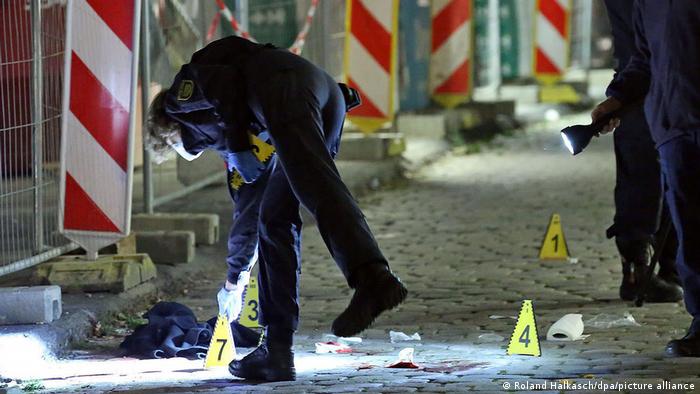 The attacker had spent two weeks on the run

The 20-year-old suspect is said to have been motivated by a radical Islamist ideology, and targeted the couple because they were homosexual, prosecutors say.

He is facing charges of murder and attempted murder with Islamist and homophobic motives, according to Der Spiegel magazine.

The attack in Dresden's old town on October 4, 2020 left one 55-year-old man dead and his 53-year-old partner seriously injured. The couple had been visiting the city as tourists from the western state of North Rhine-Westphalia.

The alleged attacker fled the scene after the stabbing, and was apprehended on October 20.

The attack was the first Islamist-motivated killing of a homosexual in Germany, according to Der Spiegel. 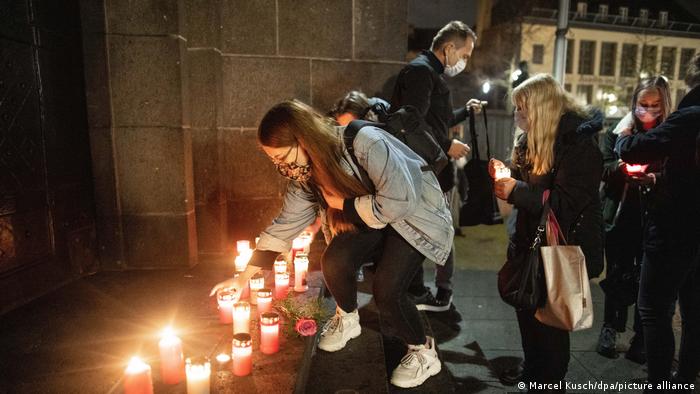 A candlelight vigil in Krefeld, the city in North Rhine-Westphalia the victim was from

"Investigations have shown that the dreadful killing in Dresden had an Islamist background," Justice Minister Christine Lambrecht said following the attack in October.

"Islamist terror is a major, enduring threat to our society that we have to tackle determinedly."

Attacker was known to authorities

The man had been released from a juvenile detention center just days before the attack, after having spent three years in jail for allegedly planning a suicide bomb attack, as well as having connections to "Islamic State" militia, Der Spiegel reported.

The alleged attacker first came to Germany in 2015 and applied for asylum.

Although his application was rejected, he was able stay in Germany under the so-called "tolerated" status, which German authorities give to rejected asylum-seekers who cannot be deported.