The German government has approved the biggest pension hike the country has seen for decades. However, with inflation predicted to rocket, the news has not been greeted as enthusiastically as Berlin might have hoped. 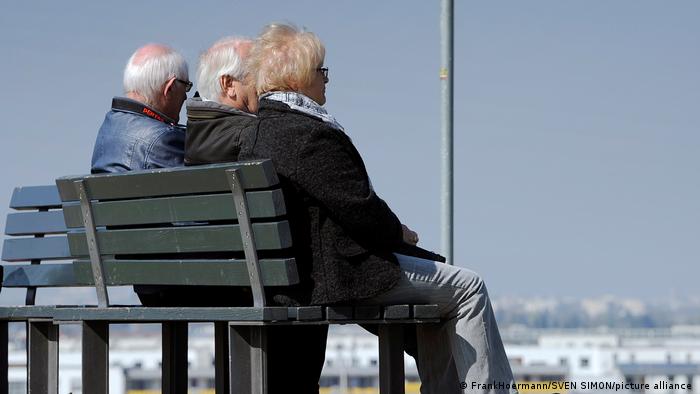 German Chancellor Olaf Scholz's coalition Cabinet on Wednesday gave the green light to the largest hike in pensions in more than a generation.

The decision was made against a backdrop of rampant inflation, with pensions in Germany adjusted each year based on the national average salary.

It also comes after some pensioners received no increase last year as the coronavirus pandemic battered the economy.

How big is the increase?

Pensions in states that made up the former West Germany, where there was no increase last year, are to receive an increase of 5.35% from July 1 — the biggest hike for the region since 1983.

In the former states of East Germany, where there was a slight rise of 0.72% pensions in 2021, pensions will rise by 6.12%. That represents the highest increase since 1994, some four years after German reunification.

"The statutory pension is working very well despite the challenges we are currently facing," said German Labor Minister Hubertus Heil.

"These are the largest pension increases for about 30 years," he said.

Germany's present high level of inflation, however, put something of a dampener on news of the pension hike.

Inflation already stood at 5.1% in Germany in February, even before the economic impact of Russia's invasion of Ukraine started to have any real impact.

"This year's comparatively good pension increase is being completely eaten up by rising prices," said Anja Piel, a board member of the German Trade Union Confederation (DGB).

Germany's Parity Welfare Association (Paritätische Gesamtverband) said the increase would not make up for that fact that there were no increases for many pensioners last year. It also pointed to the high inflation rate, saying that any increases this year would be swallowed up by the cost of living.

Return of the 'catch-up'

The German government, comprised of Scholz's center-left Social Democrats, the environmentalist Greens and the neoliberal Free Democrats (FDP), is also set to reintroduce the so-called "catch-up factor" to the German pension system.

The measure was put on hold by Germany's grand coalition government in 2018 under former Chancellor Angela Merkel.

While pensions in Germany would normally rise each year based on wages, there is no decrease if wages fall under what is known as Germany's "pension guarantee."

The factor is intended as a buffer to stop pensions from increasing excessively after periods of negative wage growth. The coalition has said this is necessary if it is to honor the pension guarantee.

The DGB also slammed this move, saying effectively decoupled pensions from the development of wages.

"For current and future generations generations, this means a pension cut in real terms," said the DGB's Piel.