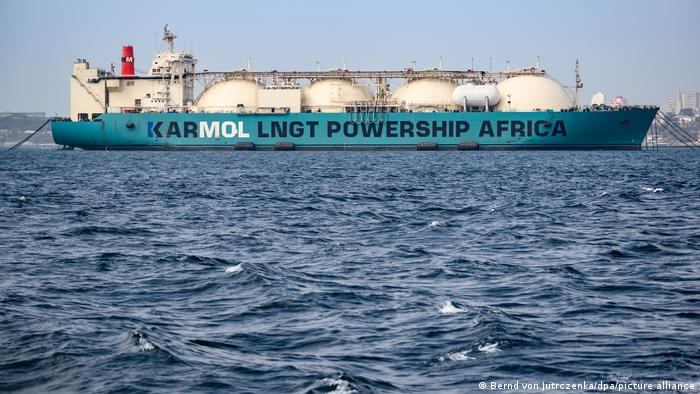 For Senegalese climate activist Yero Sarr, compromise is not an option. "Germany must not participate in this project," he said.

But the governments of his native country and Germany see things differently. The project Sarr opposes involves massive gas deposits off Senegal's coast that will boost Germany's dwindling gas supply — and, in turn, German-Senegalese relations.

The first flows of fossil gas from the Greater Tortue Ahmeyim field are expected in December 2023.

Senegal's government expects to extract 2.5 million tons of gas in the first year. Infrastructure to export the fossil fuel is already being built, including a floating terminal for liquefied natural gas (LNG).

Senegal's government hope to produce 10 million tons of gas annually from the field by 2030, though it says it needs partners to fund this expansion.

Diversifying gas supply away from Russia

"That's why I asked Chancellor Scholz to accompany us in supporting the export of gas and LNG resources to Europe and in ensuring that we can use this gas for our power plants," said Senegalese President Macky Sall. He made the statement after talks with German Chancellor Olaf Scholz in May.

German government support for the project is substantial given the desperate need for new suppliers as Russia continues its invasion of Ukraine — and winds back its supply of gas to Europe. Germany depends on Russia for up to 55% of gas and 34% of oil supplies, according to the Agora Energiewende think tank in Germany.

Following the talks between Scholz and Sall, the former said of the gas cooperation that "it makes sense to pursue it intensively." 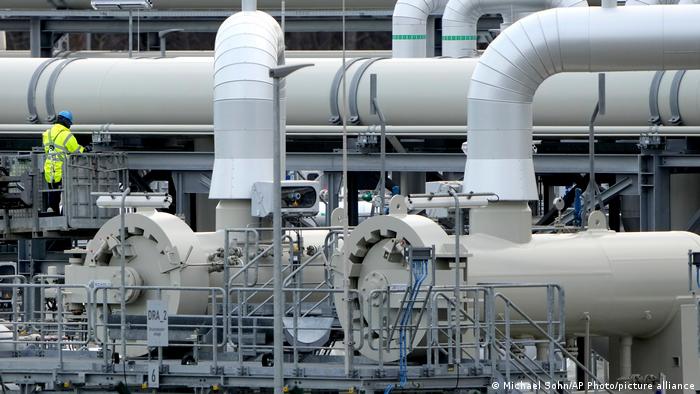 For Sascha Müller-Kraenner of non-profit environment campaigners, DUH, when the German government pushes joint new fossil fuel projects there and around the world, it "violates the spirit of the Paris climate protection agreement."

Germany and the other G7 industrialized nations had pledged to stop pouring public money into fossil energy sources and lower gas consumption. But this hard line has been softened in light of the Ukraine crisis.

The shift is a huge setback for international climate goals, says the non-profit, which fears worse is to come.

"Gas drilling off the coast of Senegal and Mauritania will have a massive impact on the local fishing industry, on the people there, on their jobs, and of course on nature," said Müller-Kraenner.

The waters off the Senegalese coast support a marine animal sanctuary with UNESCO World Heritage status and the world's largest cold-water coral reef.

Environmentalists fear that gas production platforms, pipelines, a planned breakwater and other infrastructure could significantly damage these sensitive areas. 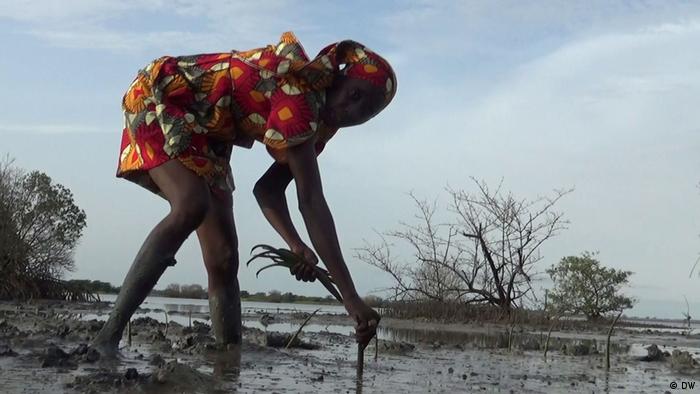 Senegal is on the frontline of climate change, with reforestation projects already underway to build resilience to drought and flooding

Gas: Bridge to the energy transition?

Nevertheless, the German government firmly supports the project, arguing it only wants to use gas until it can meet its energy needs entirely from renewable sources.

It is "absolutely the right option" for Senegal to use its gas fields for its transition to renewable energy but also to be available as a supplier to others, said Joachim Flasbarth, a junior minister in the Economic Cooperation and Development Ministry, at the end of June.

During his visit to Senegal, Chancellor Scholz also promised to expand cooperation on renewable energies.

Senegal wants to cover 30% of its electricity needs with renewable energies. But President Macky Sall believes gas will remain a fundamental part of the energy mix. The African continent is home to 1.3 billion people, 600 million of whom have no access to electricity, he said.

"You also have to support industrialization," Sall said during Scholz's visit in May.

"It is an essential step to strengthen and deepen energy cooperation with the African continent as a whole. It is somewhat regrettable that we are only doing this now, when we are facing acute problems due to the loss of gas supplies from Russia," said Christoph Kannengießer of the German-African Business Association.

It is unclear, however, what exactly will come out of the grand plans for joint German-Senegalese cooperation. A DW request to the Federal Ministry for Economic Affairs and Climate Action remained unanswered at the time of writing.

This article originally appeared in German.

War, climate change, hunger, poverty and health will be on the agenda of the G7 summit in Germany. This will be a key opportunity for Chancellor Olaf Scholz to show strong leadership.

As Berlin seeks to ween itself off Russian energy sources, Chancellor Scholz has said Qatar "plays an important role" in energy policy. The visiting Emir of Qatar has confirmed could start LNG deliveries by 2024.

Ukraine: All bridges to Sievierodonetsk 'destroyed' by Russian forces — as it happened 13.06.2022

With all the main bridges into the embattled eastern Ukrainian city now unusable, it will be incredibly difficult to evacuate remaining citizens, a local official said. DW has more.