Chancellor Olaf Scholz had a lot to live up to on his visit to Africa — his predecessor, Angela Merkel, was a popular figure there. But overall, the trip was a success, says DW's Claus Stäcker. 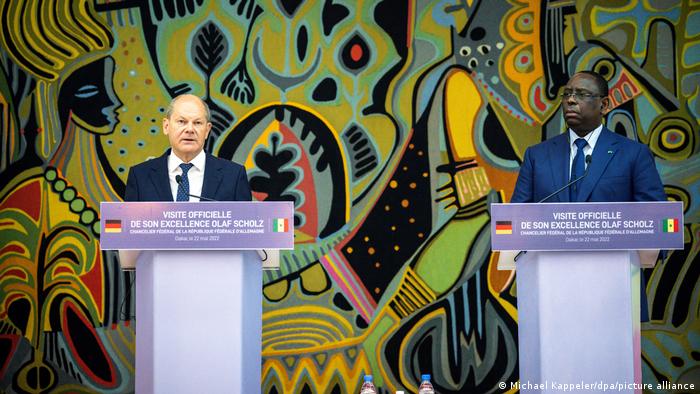 As Olaf Scholz found out on his three-day trip to Africa, Angela Merkel is a tough act to follow. Niamey, the capital of Niger, is even home to an elementary school named after the former chancellor. Her popularity is largely due to her handling of the refugee crisis in 2015 and open-door migration policy. It earned her —  and her country — a reputation as a moral authority within Europe.  Not even the fact that her subsequent visits to Africa revolved primarily around migration routes and security efforts could dent her image there.

Scholz's itinerary had been meticulously thought out. His first stop was Senegal, which currently holds the presidency of the African Union and is seen as a powerful and reliable force in the region. His second port of call was Niger, a loyal partner to Germany and a country that plays an important role as a buffer state next to Mali, currently mired in political crisis. Business matters topped the agenda on the final day of his tour in in South Africa, a strategic ally in the G20 and a hub for German companies based in Africa.

Scholz's hosts will have appreciated that his visit to the continent took place just months after he took office, and amid a global crisis, whereas Merkel only visited two years into her tenure as chancellor. That he chose to head to Africa rather than China, South America — not to mention Ukraine —  did not go unnoticed.

Listening and striking the right note

But his hosts were clearly well aware of Germany's present predicament and relished Berlin's sudden interest in African pipelines, gas reserves and deepwater ports for sustainable hydropower projects. This led to the sort of discussions "between equals" that every bilateral conference in recent years aspired to.

Ahead of the visit, the Scholz delegation had spelt out its determination to listen to what its partners want. And what they want is a lot — from military and training missions, solar power plants and technology transfer to support in dealing with the fallout from COVID-19 and military conflicts, including in West Africa, and a bigger role in the G20. 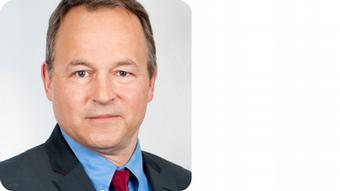 Claus Stäcker is DW's Director of Programs for Africa

For Africa, Germany's significance pales in comparison to China, Russia, India and other countries. But given its role as an alternative source of energy and a promising market, and also in ensuring stability, Africa's significance to Germany is growing so much that it was surprising how vague Scholz remained in his responses to his hosts' proposals. His references to democracy and the rule of law barely registered. The question as to whether Germany would develop its own policy in West Africa and the Sahel in the wake of the withdrawal of French troops went unanswered. And the chancellor might have invited Senegal and South Africa to the G7 summit taking place in Schloss Elmau in the Bavarian Alps in June, but with India, Indonesia and Argentina also set to attend as guest countries, it was little more than a friendly gesture.

Ultimately, what Scholz will have gained from the trip is a greater understanding of the neighboring continent. The war in Ukraine puts a new strain on Germany's ties to Africa but also brings new opportunities. In a new bipolar world, African countries would not necessarily be allies.  In a multilateral world, with every country taken seriously, it could be different. Partnerships could certainly prove helpful.

And the German chancellor doubtless managed to strike the right note in addressing those partnerships. His understated northern German style is by no means dazzling, and no one on the trip mentioned any plans to name a school after him. But in the medium-term, his trademark restraint could prove a valuable asset in a turbulent world.

Denmark: Several wounded in shooting at mall in Copenhagen 9m ago

Uzbekistan: 'Fatalities' reported after protests in Karakalpakstan province 4h ago