Germany's top court has ruled that the current method universities use to allocate places for medical studies violates equal opportunity laws. The federal government is to regulate the criteria used for offering places. 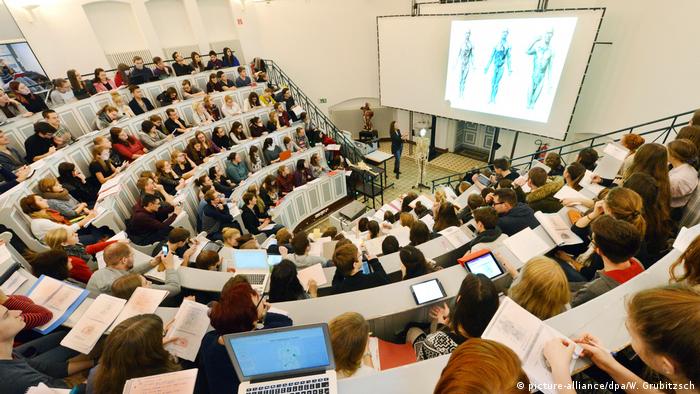 The selection methods used by German universities for medical students has been deemed partly unconstitutional and must be overhauled by 2019, the country's highest court ruled on Tuesday.

The constitutional court in Karlsruhe found that the allocation of medical places at university had violated equal opportunity laws because the selection procedures were found to be unfair.

Following the ruling, the federal government, along with state officials, must draft a series of measures before the end of 2019 ensuring that suitability interviews at university medical departments take place in a "standardized and structured form."

In no discipline is competition for university places in Germany as high as in medicine.

According to government figures, each year sees some 62,000 applicants apply for just 11,000 university places in medical schools, or around five applicants for each place. Unlike in the United States or United Kingdom, tertiary education is often free in Germany, although places are limited and many institutions suffer from overcrowding.

Under the current system, German universities are able to apply what was known as the 20-20-60 rule for prospective medical students. Twenty percent of places are allocated to students with the very best overall marks in the final school exams, a selection process generally referred to as the numerus clausus. Often students with marks as high as 1.2 (the equivalent of a 3.9 GPA in the US) would not be guaranteed a place.

A further 20 percent of places go to students who had been previously been placed on a waiting list.

The remaining 60 percent are chosen based on various criteria determined by the individual universities — a system the judges found to be unfair.

Three universities — Aachen, Bonn and Düsseldorf — base their selection only on the average school grades, while a number of other institutions make prospective students have an interview. Lawmakers must now work to lift these discrepancies.

Applicants who are not accepted in the first selection round can be put on a waiting list for up to seven years, according to some estimates. The court also ordered officials to work on shortening those waiting times.

The claim was taken to court by two applicants who had achieved a grade of 2.0 and 2.6, but hadn't been admitted to medical school after being on the waiting list for eight and six years respectively.