A confidential report by Germany's Foreign Ministry deems it unsafe to send people back to Syria, according to media outlets. A moratorium on the deportation of Syrians is set to expire in December. 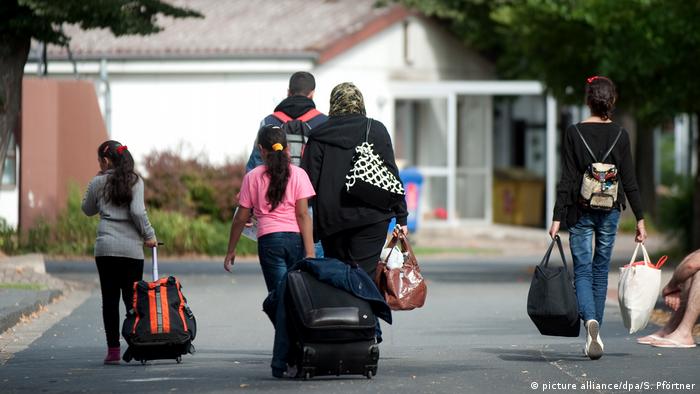 In a status report obtained by German media on Monday, the Foreign Ministry warned against sending Syrians back to their home country, citing persisting violence and human rights abuses.

A current blanket ban on deporting refugees back to Syria is due to expire in December. German interior ministers are expected to decide whether to extend the measure at a meeting later this month.

The 28-page classified document — seen by the Süddeutsche Zeitung newspaper, RedaktionsNetzwerk Deutschland, and broadcasters NDR and WDR — aims to inform decisions about asylum procedures. According to the outlets, the report said:

Why the report matters

The document will likely guide discussions when Germany's state interior ministers meet in the central city of Magdeburg in late November to re-examine the freeze on repatriating Syrians. In recent days, the ministers of Bavaria in the south and Saxony in the east have called for Syrians who have committed crimes or are considered a terror threat to be sent back. Saxony-Anhalt's interior minister, on the other hand, argues the moratorium should be extended to the end of June. Federal Interior Minister Horst Seehofer, who has also backed the idea of deporting criminals, appealed for a careful assessment of the situation.

Yearly vote:  All of Germany's states agreed to put Syrian deportations on hold in 2012 due to escalating violence in the country. Each year since then, that decision has been reviewed and the ban kept in place. Extending the measure requires a unanimous vote. Chancellor Angela Merkel's conservative CDU/CSU bloc is currently represented by nine state ministers, while the center-left SPD, which opposes restarting deportations, is represented by seven.

Dangerous environment: The United Nations says fighting has eased somewhat in Syria's seven-year war, but has warned that no country should send refugees back against their will. The conflict has killed more than 360,000 people and displaced millions. Of the 18 million people living in Syria, some 13 million are in need of assistance, with about 5.6 million in need to emergency help, the Foreign Ministry's report said.