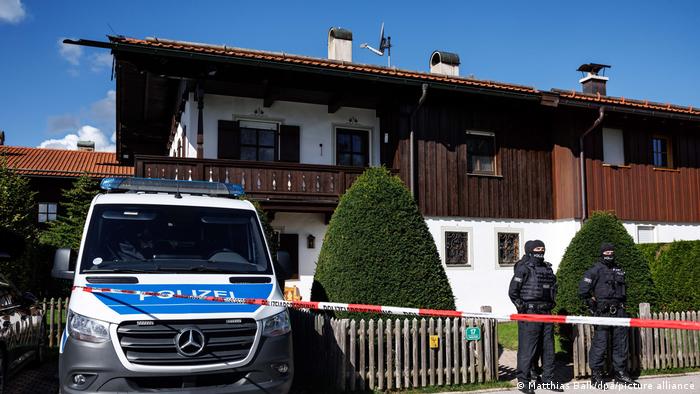 Some 250 police officers and other investigators raided 24 houses and apartments around Germany on Wednesday, with Bavarian prosecutors saying "a Russian citizen and four other defendants" were the targets of the investigation.

Prosecutors did not identify the main suspect in their written statement, saying only that he had been placed on the EU's Ukraine-related sanctions list on February 28 this year, in the first round of sanctions issued just days after Russia's invasion.

Bavarian and national media, including Bayerischer Rundfunk and der Spiegel, reported that several of the properties were known to belong to Uzbek-Russian oligarch Alisher Usmanov, who was one of the individuals placed on the February 28 sanctions list.

Three raided properties just in the town of Rottach-Ergen on the Tegernsee lake were thought to belong to the oligarch via shell companies. 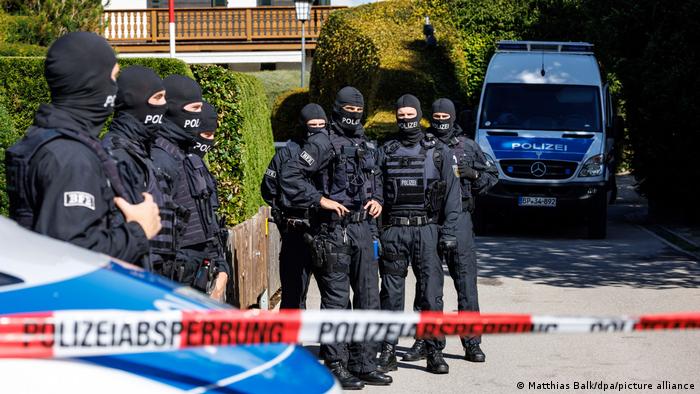 According to Bavarian prosecutors, properties outside Bavaria in Baden-Württemberg, Schleswig Holstein and Hamburg were also searched.

Investigators say the main suspect is accused of using frozen assets to pay security staff guarding his properties in Upper Bavaria. They said they had reason to believe he had breached German laws on cross-border financial activity.

The four other suspects are under investigation as alleged accomplices, accused of being paid to guard the properties.

Meanwhile, Germany's federal investigative police force (the BKA) is also looking into alleged money laundering. They suspect that the Russian citizen used a network of businesses and other organizations, often in offshore tax havens, to facilitate several financial transfers between 2017 and 2022. They believe these assets could have hailed from criminal activity, particularly tax evasion.

Who is Alisher Usmanov?

Usmanov, a 69-year-old Uzbek-born Russian citizen, is considered one of Russia's wealthiest oligarchs, with a recent estimate putting his net worth around $19.5 billion (roughly €19.7 billion).

He is possibly best known for his metals and mining interests, for owning the Kommersant publishing house in Russia, and for owning Russia's second-largest mobile phone operator Megafon. He also was formerly a major stakeholder in Premier League football giants Arsenal.

How football — and 'sportswashing' — helped Putin start a war

The Official Journal of the European Union described Usmanov in March as a "pro-Kremlin oligarch with particularly close ties to Russia's President Vladimir Putin."

But Usmanov disputes this. Along with former Chelsea Football Club owner Roman Abramovich, he is one of the oligarchs appealing his inclusion on the EU sanctions lists, at the bloc's General Court.