Police have launched a series of raids around the country after the state of Rhineland-Palatinate bought illicit data on Germans with Swiss bank accounts. The purchase is contentious, but is considered good business. 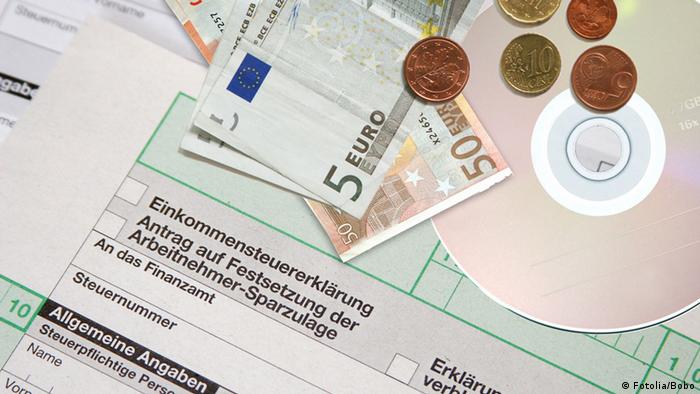 The state finance minister for Rhineland-Palatinate, Social Democrat Carsten Kühl, said that his regional government had paid around 4.4 million euros ($5.8 million) for a CD containing up to 40,000 pertinent data files on Germans using so-called tax havens. He described the data as authentic and of excellent quality, also predicting that the German government as a whole would profit greatly from the under-the-table purchase.

"We expect a nationwide tax income of around 500 million euros from the information now available," Kühl said on Tuesday, as first reports of as many as 200 home searches around the country began to filter in.

"A modern country founded on the rule of law and social equality cannot do without just tax returns," Kühl said. "That's why we have to take substantive action to combat tax evasion." Kühl also said that tax evasion could not be considered a kind of "cavalier offense," a common German term for what's sometimes called a "white-collar crime" or peccadillo in English.

According to information in the online portal of German news giant Spiegel, the CD contained data on more than 10,000 bank accounts specifically in Switzerland. Though inexplicit, comments from the federal finance ministry appeared to support this assertion.

"The situation regarding the acquisition from Switzerland of tax owed to Germany remains unsatisfactory," a spokesman for the ministry said in Berlin. This statement might be interpreted both as cautious endorsement of the CD's purchase and as an oblique criticism of the opposition, however.

The federal government had agreed a bilateral tax deal with Switzerland, approved in the Swiss parliament, that failed to pass through the opposition-controlled upper house of German parliament, the Bundesrat, in November last year. The opposition argued that the deal was not good enough - criticizing the agreed rates, the 10-year timeframe and the promise of continued anonymity for investors.

Rhineland-Palatinate's state government is also controlled by a coalition of the opposition Social Democrats and Greens.

Previous purchases of these tax CDs by German regional governments, denounced by Swiss banks and politicians as illegal, were criticized by the federal government before the death of the bilateral tax agreement. Then, Chancellor Merkel's coalition said the actions undermined attempts to reach an official pact with Switzerland.

The use of so-called tax-havens has come under particular scrutiny this month with the release of the "Offshore Leaks" list of as many as 130,000 alleged, potential tax dodgers from around the world.