German Economy Minister Peter Altmaier, on a visit to China, told Huawei's CEO that all operators must fulfill security requirements. Germany has stood out against US pressure to ban the company from 5G deals. 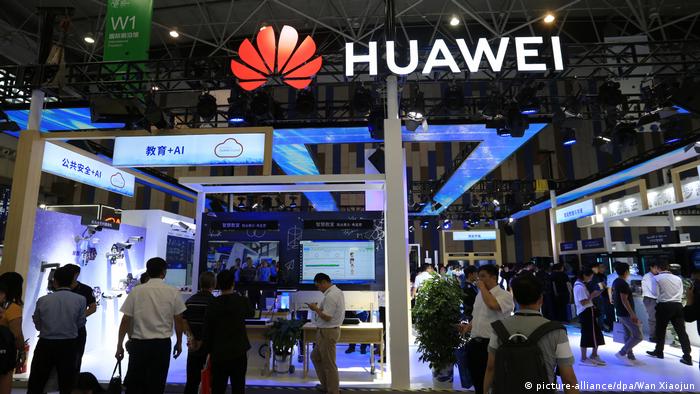 During his three-day visit to China, Economy Minister Peter Altmaier with Huawei CEO Ren Zhengfei in Shanghai on Friday.

"I made it very clear that telecommunication security is of high importance, that we expect all operators to fulfill our security requirements and that it is now Huawei's duty to show us that they are able to do so," Peter Altmaier said in recorded comments after the meeting.

Germany has been holding out against US pressure to ban Huawei from major projects, including 5G network infrastructure. Washington claims Huawei technology could be abused for spying purposes by China.

Shenzhen-based Huawei is the world's largest manufacturer of telecommunications equipment.

Altmaier's trip was focused on proposals to make a level playing field for European companies operating in China, as Beijing expands its interests in Europe.

During an open discussion with students on Friday, Altmaier said companies that have submitted bids for Germany's 5G technology would only be allowed to install components if they had security certificates.

"The safety of telecommunications in Germany, the protection of citizens' data and the certainty of German law being adhered to," were key elements in awarding the contracts, Altmaier said. The decisions would be taken on the basis of "clear security criteria through the certification of hardware and software."

Huawei already provides about 45% of Germany's 4G base stations and is a leading supplier to phone companies.

Jochen Homann, the president of Germany's Federal Network Agency, which regulates telecommunications as part of its brief, said recently that "Huawei holds a large number of patents in this area. If Huawei were excluded from the market, this would delay the roll-out of the digital networks." He added: "if Huawei meets all the requirements, it can take part in the 5G network roll-out."